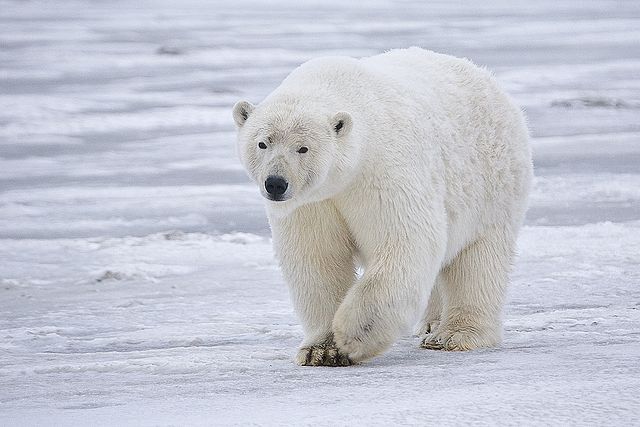 We’ve heard a lot about the  life-threatening challenges facing penguins and polar bears as snow and ice disappear. But what about all the other life of the cryosphere—the parts of Earth where water is in its solid state for at least one month of the year (map below)? From a new paper in Bioscience:

?Global average air temperature has warmed by 1 Celsius (°C) over the past century, and in response, the cryosphere—the part of the Earth’s surface most influenced by ice and snow—is changing. Specifically, alpine glaciers are retreating, the expanse of Arctic sea ice has been shrinking, the thickness and duration of winter snowpacks are diminishing, permafrost has been melting, and the ice cover on lakes and rivers has been appearing later in the year and melting out earlier. Although these changes are relatively well documented, the ecological responses and long-term consequences that they initiate are not. 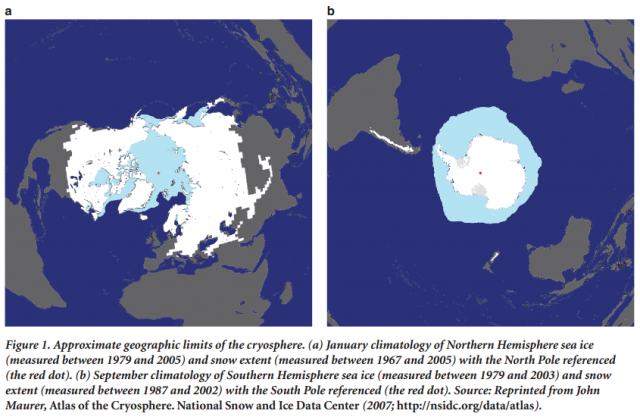 The paper describes impacts identified through decades-long ecological studies. The authors found two ecosystem-level responses—that is, responses rippling across various species and trophic levels—as a result of the disappearing cryosphere: 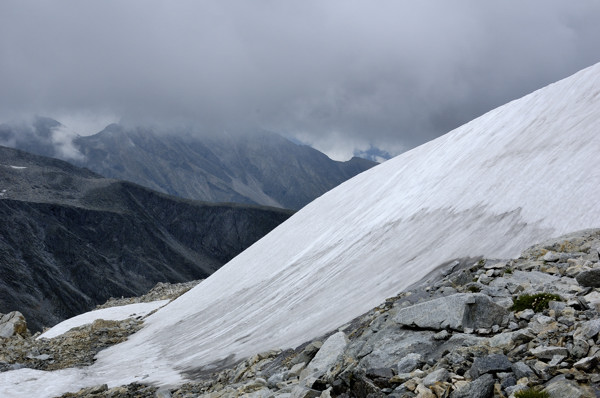 Here’s some specifics of what the researchers found:

The video from the NASA Goddard Space Flight Center Scientific Visualization Studio shows dwindling perennial Arctic sea ice from 1980 to 2012. The gray disk at the North Pole shows where no satellite data was collected. The second half of the video (wait for it) plays the same animation but without the overlay graph.