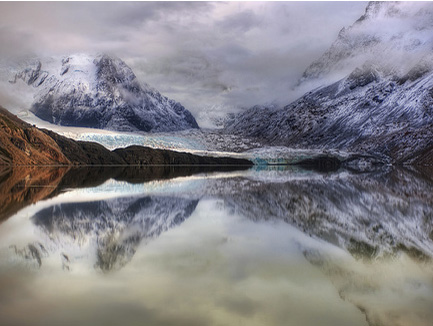 Maybe this will come across as not a huge surprise for many Blue Marble readers, but a new scientific paper confirms that an excess of carbon dioxide in the atmosphere makes the planet warmer. The paper, published this week in the highly respected scientific journal Nature, isn’t really focused on our current warming problem. Instead, it looks at a period 55.5 million years ago when the Earth also started warming up.

The researchers analysed a series of sudden and extreme global warming events called hyperthermals, occurring about 55 million years ago, linked to rising greenhouse gas concentrations and changes in the Earth’s orbit, which led to a massive release of carbon into the atmosphere, ocean acidification, and a 5 degrees Celsius rise in global temperature within just a few thousand years.

Previously, researchers thought that the source of the extra carbon was the oceans, in the form of frozen methane gas in ocean-floor sediments, but from this research they conclude that the carbon came from the polar regions.

Andrew Watson, a fellow of the Royal Society and professor at the University of East Anglia, said: “The paper shows that the increase in atmospheric CO2 was very important and drove the global temperature rise, but it also suggests that the initial trigger for the deglaciation was something different – a slight warming and associated slow-down of the Atlantic Ocean circulation. This caused carbon dioxide to start being degassed from the deep oceans, and that in turn drove the global change.”

This is important for several reasons. For one, some corners of the climate skeptic world have tried to claim that it’s not the CO2 that’s heating up the planet—it’s just that CO2 rates are increasing as the planet warms for other reasons (sun spots, earth’s orbit, God hugging us tighter). But this study affirms that a slight, gradual warming caused the release of CO2, which in turn triggered rapid warming.

The paper also supports the concern among scientists that our current warming will only get worse as the earth releases stored carbon from things like the icecaps. This is sometimes referred to as a “feedback loop” or “runaway” global warming—as in, even if humans start putting the brakes on burning fossil fuels right now, we might already be careening off the cliff.