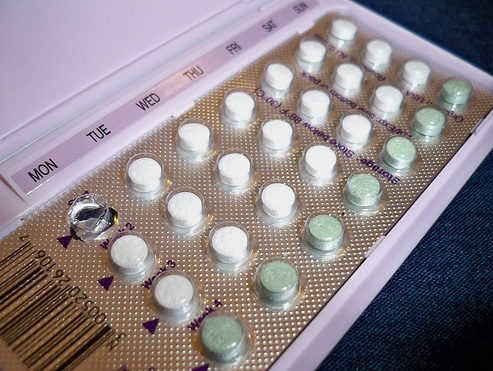 Not only is birth control helping women not get preggers, it’s also making women richer. Widespread availability of oral contraception—a.k.a. “The Pill”—has played a major role in closing the gender wage gap since the 1980s, according to a new working paper from the National Bureau of Economic Research.

During the 1980s, the gap in median annual wages between women and men closed rapidly; women working full-time earned 60 percent of what their male counterparts earned in 1979, but earned 69 percent of men’s wages by 1989. There were a number of good reasons that gap narrowed so quickly—the women’s movement of the ’60s and ’70s, the increase in the number of women getting college degrees, and the protections afforded women by the 1964 Civil Rights Act and a series of legal decisions. But the researchers found that use of “The Pill” accounted for 10 percent of the narrowing of the wage gap in the 1980s:

Its diffusion to younger, unmarried women improved their ability to time births, altered their expectations about future childbearing, and reduced the cost of altering career investments to reflect their changed expectations. The timing of its diffusion during the 1960s and 1970s also fits well with the slow growth in women’s wages during the 1970s (as younger women invested more in their human capital) and the rapid convergence in the gender gap during the 1980s (when these women enjoyed the returns on their human capital investments and accumulated labor market experience).

To determine how much of a role birth control might have played, the researchers looked at states that lowered their age of consent laws for medical care from 21 to 18. In those states, women could suddenly make decisions about contraception without parental involvement at an earlier age. This new age of consent doubled use of The Pill among women 18 to 20, the researchers found. The result was “a Pill-induced revolution,” as more women were planning for and opting into paid work. The NBER also found that the increased availability and use of oral contraception was responsible for 31 percent of the narrowing of the wage gap in the 1990s.

The main reason for this, the researchers conclude, is that, “as the Pill provided younger women the expectation of greater control over childbearing, women invested more in their human capital and careers.”

This is all the more interesting right now, as the country has been engaged in a heated debate over a provision in the new health care law that would guarantee all women access to birth control at no cost. One has to wonder what impact even greater access to contraception might have on wages going forward.