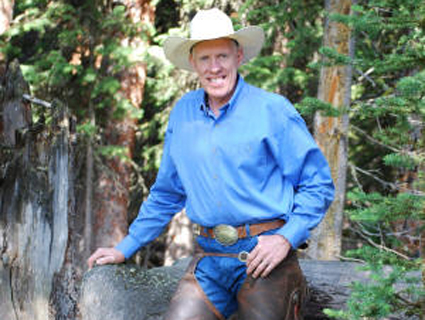 In mid-March, Kerns, a veterinarian from the ranching town of Laurel, posted an entry to his personal blog, “Ramblings of a Conservative Cow Doctor,” in which he mused about the irony of freedom-loving Americans being “screwed” by the debate over access to birth control. Why, Kerns wondered, are we spending so much time talking about “contraception for coeds”? On Monday, Planned Parenthood spokeswoman Stacey Anderson told the Missoulian Kerns’ post was “degrading, sexist and inexcusable.”

Anderson was referring to this passage:

Before a mock congressional hearing she testified $1000 per year for contraception is cost prohibitive for students and this expense should be borne by people who actually have jobs. (This makes sense to her because she is still in college.) When I finished banging my head on the table, I pulled out my imaginary photo albums and reminisced about the free-love college days in the ’70s and ’80s. Things were different then. I remember John earning $1000 per month for sex at Colorado State University, so contraceptive costs were meaningless to him. Let me tell you about John.

John was a swinger, but not your typical a sex symbol. He was hairy, had short legs, fat belly and he slobbered a lot, but the vet school rumor mill said he was earning nearly $300 per week practicing his trade. John’s registered name was John-Boy and he was a grand champion English bulldog owned by a pharmacology instructor at Colorado State. Lamenting John-Boy’s stud service popularity, Steve, a classmate of mine whined, “That dang dog makes $1000 per month in stud fees and I can’t even give it away.” Enough said about the good old days and this brings me to my point: How in the world did the political debate descend to the level of contraception for coeds?

This is of course a misunderstanding of the concept of health insurance, which is not charity, but rather something that you pay into in exchange for coverage. It’s also not an accurate depiction of Sandra Fluke, who is a thirty-year-old third-year law student, not an undergraduate “coed.” Nor does it appear that Kerns actually read Fluke’s testimony, which focused not on her sex life, but on one of her lesbian classmates who has a medical condition that made birth control a necessity. Also: What does a studding bulldog have to do with anything?

But at least Kerns understands that the cost of birth control doesn’t hinge on how much sex you have—which is more than you can say for Rush Limbaugh.