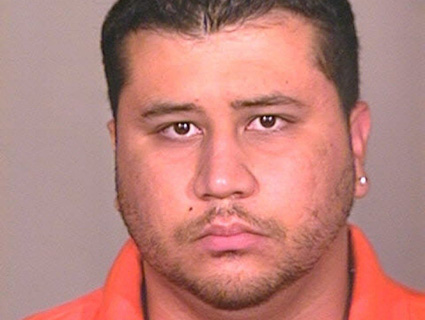 George Zimmerman is free to walk the streets of Sanford, Florida. But the gun he used to shoot and kill 17-year-old Trayvon Martin is in police hands, Mother Jones has confirmed.

A spokeswoman for the city of Sanford says that the Sanford Police Department took into evidence the gun that Zimmerman, a neighborhood watch captain, fired at Martin on February 26. That was the day that Zimmerman had called 911 to report “a real suspicious guy” clad in a hoodie, who turned out to be a kid walking home from a nearby 7-Eleven with a bag of Skittles and a can of iced tea. Zimmerman’s pursuit of Martin led to a physical altercation between the two, wherein Zimmerman shot and killed Martin. Zimmerman’s lawyers claim it was an act of self-defense, despite mounting evidence to the contrary.

Read our full explainer and latest updates on the Trayvon Martin killing.

One month has passed since Martin’s killing, which has since ignited a national controversy. To mark the sober anniversary, the Brady Center To Prevent Gun Violence, a leading gun control group, blasted out a press release: “GEORGE ZIMMERMAN STILL HAS HIS GUN AND HIS LICENSE TO CARRY AND USE IT.” That’s half-right. Zimmerman no longer possesses the gun he used to kill Martin. But he still has a permit to carry a concealed weapon—and, thanks to Florida’s gun laws, he still has the right to buy a new handgun instantly and travel to 35 other states while packing heat.

Protesters have insisted that Zimmerman lose his gun permit. However, Florida is a “shall-issue” state, which means authorities have no discretion over who gets gun permits so long as the applicant meets the basic legal requirements. Unlike “may-issue” states, such as New York and New Jersey, police in Florida can’t step in and block a gun permit, says Daniel Vice, a senior attorney at the Brady Center. “Even if the neighbors say, ‘No way, don’t give this guy a gun,’ they have to give them a permit,” Vice says.

If Zimmerman is arrested, according to Vice, police can suspend his gun permit. If he is convicted, police can take it away. But at the moment, the authorities can’t touch Zimmerman’s gun permit.

Zimmerman can also immediately obtain a new handgun (or handguns). Because his concealed-carry permit remains valid, under state law, he can bypass Florida’s three-day waiting period to purchase a handgun. And with his Florida state gun permit still valid, he can visit and tote a gun in 35 other states that grant reciprocity for Florida’s NRA-backed concealed-carry law, according to Florida’s Division of Licensing.