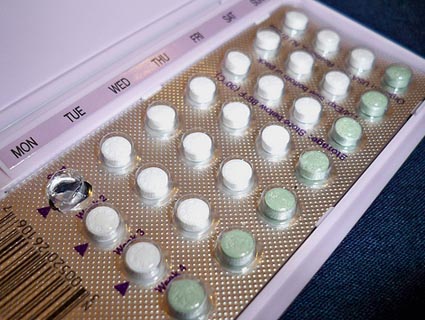 The White House is looking to “compromise” on broadening the religious exemption to its mandate that employers must offer insurance plans that include contraception coverage, following a week of harsh criticism from Republicans and religious organizations.

ABC News’ Jake Tapper reports that the White House’s compromise could be premised on Hawaii’s law, which mandates contraception coverage but contains a mechanism for ensuring that employees are covered while not making religious employers directly pay for that coverage. Here’s how it works, according to a report from the Guttmacher Institute:

The Hawaii law specifies that when an employer is exempted from the contraceptive coverage requirement on religious grounds, its employees are entitled to purchase coverage directly from the plan. The cost to the employee must be no more than the price the employee would have paid had the employer not been exempted. The law requires an exempted employer to notify its employees of this option.

Here’s the thing: The US Conference of Catholic Bishops has already said that this is unacceptable to them, because according to the National Catholic Register, this would still mean that religious employers “must directly send women to drugs and devices that are morally wrong and can do harm to them.” (Millions of women use contraception, including the vast, vast majority of Catholic women, many of them for health reasons rather than preventing pregnancy.) It’s also not clear the Hawaii plan is workeable at the federal level, as one administration source told CNN that “the federal government cannot compel insurers to provide a side-contraception plan.”

The unacknowledged background to this fight is that, as my colleague Nick Baumann reported earlier this week, federal law has required employers to offer health insurance for more than a decade—which is why DePaul University, the largest Catholic university in America, already offers birth control coverage to its employees. Far from being an unprecedented “assault on religious freedom,” the narrow religious exception here has ample legal precedent. As Michelle Goldberg has written, contraception mandates are in effect in 28 states in various forms, and the courts have ruled against challenges brought to those state laws. And in a 1990 opinion, Justice Antonin Scalia found that laws “neutral toward religion and generally applicable” don’t hamper inviduals’ constitutional rights, so the administration seems to be on firm legal ground.

Firm legal ground however, isn’t the same as being politically popular, and despite the pre-decision polls showing that mandating contraception coverage would be broadly accepted, there’s probably a reason the White House is looking for middle ground now. But that’s the same reason that their critics seems unlikely to meet them in the middle on this issue: Republicans think that they have a winning political issue here, too. There’s a political angle for the White House here too of course: In offering a compromise, they may not be hoping for reconcilation as much as an opportunity to make their critics look unreasonable.