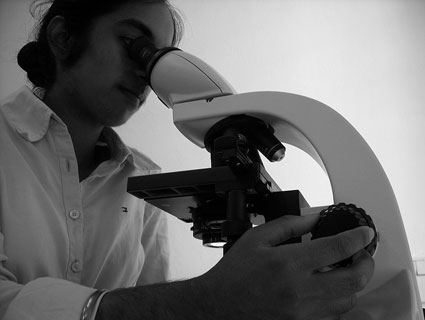 Susan G. Komen for the Cure has hedged its decision to stop providing grants to Planned Parenthood for breast cancer screenings after that move kicked off a good deal of outrage. But it’s still not clear where the group stands on embryonic stem cell research, another subject that has made Komen a target of anti-abortion groups.

As we reported yesterday, news outlets affiliated with the anti-abortion rights movement have been touting a recent press release from Komen that insists that it is not funding embryonic stem cell research and does not support any cancer research that involves “destroying a human embryo.”

A reader managed to find a copy of the Nov. 30 press release, which has since disappeared from Komen’s website. I’ve posted that document here, and it definitely seems to suggest that Komen now opposes embryonic stem cell research. That wasn’t the case a few years ago, when this Komen newsletter touted the potential benefits of using embryonic stem cells:

Embryonic stem cells (derived from embryos that develop from eggs that have been fertilized in vitro and then donated for research purposes) have the potential to give rise to many different types of tissue. Because of this, embryonic stem cells are currently considered to have the most potential for use in the regeneration of diseased or injured tissues. Another potential role is providing a better understanding of cancer development.

I’ve asked Komen to comment on whether they have formally changed their position on this type of research, but have not received a response. Although many are heralding Komen’s semi-cave on Planned Parenthood, the group’s current position is on stem cell research is still a mystery, and one that needs to be resolved—particularly since research on “a cure” is central to Komen’s mission.