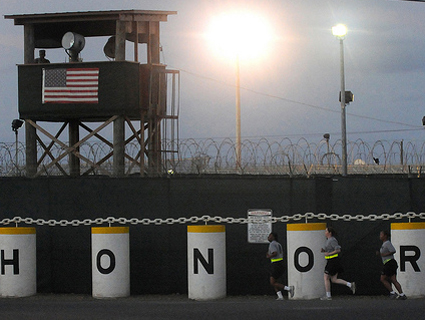 House Democrats blasted their Republican colleagues on the armed services committee Wednesday, following the release of a report criticizing the Obama and Bush administrations over their transfer of detainees out of the detention facility at Guantanamo Bay.

“Rarely in the history of the House Armed Services Committee has so much time and money been spent with so little result,” said Rep. Jim Cooper, a conservative Tennessee Democrat in a statement. Cooper said the quality of the report was a direct result of Republicans on the committee attempting to exploit fears of terrorism for political gain in November. “Reports on terrorism should not further the terrorists’ goal of spreading fear.”

None of the Democrats on the committee signed onto the report, which was the result of an 11-month investigation by the House Oversight and Investigations Subcommittee that began last March. Instead, they released an eight page dissent.

The chief point of contention is the report’s conclusion that 27 percent of the about 600 former Gitmo detainees who have been transferred “were confirmed or suspected to be presently or previously reengaged in terrorist activities.” The report pegs the “reengagement” rate under the Obama administration at 7.5 percent, but like the 27 percent figure, this combines detainees who are “confirmed or suspected” of “reengaging.” This is problematic measurement since it not only assumes the detainees were guilty in the first place, but it assumes that those who are merely “suspected” of “reengaging” have actually done so. Of the five detainees released under Obama who are on the “confirmed or suspected list,” two were ordered released by the courts. The Democrats argue that the actual “reengagement rate” under Obama is three percent, not 7.5 percent. A Defense Intelligence Agency report published by McClatchy last year identified the rate for detainees transferred or released during the Bush administration at almost 15 percent. The report asks the administration to produce its own report on “rengagement” and calls for restrictions on transfers of detainees out of Gitmo to remain in place.

While the administration took on a comprehensive evaluation of all the remaining detainees at Gitmo when Obama took office, the Republican majority is critical of the task force that reviewed their cases on the basis that they were predisposed towards the president’s goal of closing the facility. Despite the lesser “reengagement rate” under Obama, however, the report concludes that “the threat of reengagement may not be lessened in the long term” by more robust review procedures adopted during the Obama administration.

The number of former detainees who have committed terrorist acts post-release or transfer has been a point of controversy since Obama took office, having promised to close the Gitmo detention facility within a year. But Congress balked, and beginning in Decemeber 2010, Congress has maintained restrictions on transferring detainees out of Gitmo that, according to the Pentagon, are nearly impossible to satisfy. Public opinion has shifted markedly, with seventy percent of Americans in favor of keeping Gitmo open, according to a recent Washington Post/ABC News poll. In 2009, a majority of Americans wanted Gitmo closed. So the report is unlikely to make the effort to close Gitmo any deader than it already is, or lessen the already abysmal chances that the dozens of detainees who have been cleared for transfer or release will taste freedom anytime soon.