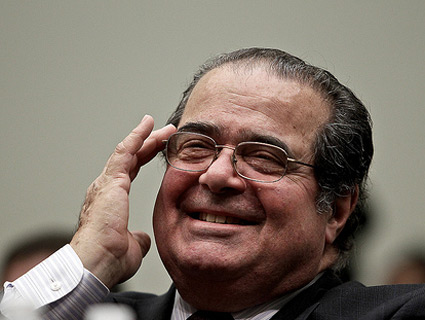 After Cory Maples was convicted of two murders in Alabama in 1997 and sentenced to death, he appealed his conviction claiming that he’d received shoddy legal representation, what’s technically known as ineffective assistance of counsel. Two attorneys from Sullivan & Cromwell, a prestigious law firm in New York, agreed to represent him.

Alabama doesn’t provide inmates with post-conviction legal assistance. By securing free representation from two attorneys from a hotshot New York law firm, Maples must have thought he had a decent chance in court. A dream come true, right?

Didn’t turn out that way. The two attorneys, Jaasai Munanka and Clara Ingen-Housz, left the firm in 2002, in the middle of Maples’ appeal process. They didn’t tell Maples that they were leaving, or that they weren’t going to be involved in his case anymore. They didn’t even tell the court in Alabama. So when the court denied Maples’ appeal in 2003, he had no idea. Maples’ Alabama-based attorney (the state requires a state-licensed attorney to be on the appeal team) did receive the court’s notification that Maples’ appeal had been rejected, but he did nothing about it. (He’d previously told Maple’s New York-based lawyers that he’d be involved in the case only as much as the law required him to be.) By the time other attorneys at Sullivan & Cromwell decided to pick up the case, the 42-day deadline for appealing the court’s rejection had already passed. Maples had essentially been left high and dry by his lawyers, two of whom had bailed without bothering to inform the court, and one of whom had effectively washed his hands of the case from the beginning. As far as Maples knew, he had lawyers. He didn’t.

The lower courts rejected Maples’ pleas for another chance to file an appeal, despite the conduct of his attorneys. But on Wednesday, the Supreme Court reversed that decision by a vote of 7 to 2, with Justice Antonin Scalia writing a dissent joined by Clarence Thomas. Their argument? If you allow Maples to file an appeal despite missing the original deadline because he was abandoned by his attorneys, then defense attorneys all over the country could argue that their clients had been effectively unrepresented at one point or another, gambling on the possibility that the big-hearted, black-robed softies on the Supreme Court would overlook any procedural errors that might have been made during their appeals.

Under the law, merely having a crappy lawyer who misses deadlines isn’t normally enough to get a second chance. This makes sense. It prevents people from trying to take advantage of the system through deliberate incompetence. The difference here is that Maples didn’t have a crappy lawyer. As Justice Ruth Bader Ginsburg points out in her majority opinion, he essentially didn’t have a lawyer at all.

You might be wondering how exactly Scalia and Thomas could be so indifferent to someone who gets so royally shafted by his attorneys. Despite today’s 7 to 2 ruling, this court has rarely been sympathetic to defendants when it comes to procedural matters and criminal justice. This goes double for Scalia and Thomas. This is, after all, a court that overturned a financial reward for a man who spent years in prison for crimes he didn’t commit and found that the Fourth Amendment right to unreasonable searches and seizures doesn’t exist if the faint smell of marijuana smoke tickles a cop’s nostrils while he happens to be standing near your apartment. Four of the justices think there’s nothing cruel and unusual about California stacking its prisoners like boxes in an Amazon warehouse. We haven’t even gotten to Scalia harrumphing that it’s irrelevant whether Troy Davis was “actually innocent.”

Alabama is in a different league when it comes to the death penalty, executing inmates at a rate six times higher than Texas, which has about five times as many people. Juries need not be unanimous in death penalty cases. Judges are allowed to override jury verdicts and impose the death penalty if they feel like it. Alabama judges have been known to brag about their body counts during their reelection campaigns. They have strong political incentives to execute people, and as Justice Ruth Bader Ginsburg writes in her majority opinion, the state has made it particularly easy by lowering legal standards for public defenders and capping state reimbursements for legal expenses for those attorneys who do choose to represent their clients in post-conviction proceedings. This all reflects a particular worldview: The possibility that the convicted are actually innocent is so slim that taxpayers shouldn’t be on the hook for whatever legal shenanigans they might try.

That worldview permeates Alito’s concurring opinion. Despite agreeing with the majority that Maples got a raw deal, Alito takes a few pages to deny that there’s anything wrong with the way Alabama handles the death penalty, calling the Maples case “a veritable perfect storm of misfortune” not indicative of any larger issues. Not only that, but Alito says there’s no problem with forcing inmates sentenced to death to rely on the kindness of strangers. Alito notes that Sullivan & Cromwell “is one of the country’s most prestigious and expensive” firms, and adds that “I have little doubt that the vast majority of criminal defendants would think that they had won the lottery” if they were to be represented by the firm’s attorneys.

Except for Maples it turned out to be a nightmare.

Still, Scalia’s dissent has to rank up there with his greatest hits. He writes coldly that “the client bears the risk of all attorney errors made in the course of the representation, regardless of the egregiousness of the mistake.” That’s even if the “mistake” is a lawyer not bothering to tell someone facing possible execution that they’re not representing them anymore. What’s the big deal? It’s not like anyone’s life is at stake.

This piece has been edited for clarity.