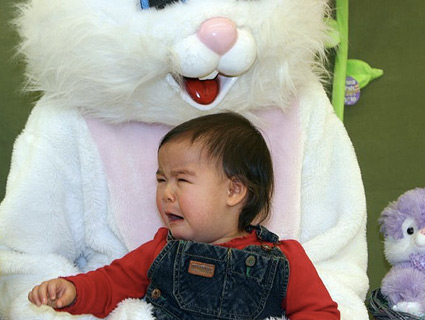 If your parents named you something like Hugh Gerald Wrectionz, Amanda Huggenkisse or even Jock Stirrup, there’s a decent chance you grew up to be a timid, poorly educated chain smoker with a subpar sex life, according to a study just published in Social Psychological and Personality Science. The New York Daily News reports (emphasis added):

Data gathered from nearly 12,000 adult participants found that a bad first name can not only ruin your self-esteem, but it may actually make you lonelier—and dumber—research published in the [academic] journal of Social Psychological and Personality Science shows. The majority of the 12,000 people who partook in various experiments testing name desirability on the European dating website eDarling, responded that they would actually rather remain single than enter a relationship with someone with an undesirable name.

That sounds kind of brutal, right? Especially when you take into account the fact that nearly one-third of new couples are meeting online.

But wait! It gets worse:

Daters whose names matched those previously rated by teachers as belonging to “quarrelsome” students were also discriminated against, revealing a definite trend about character assumptions…[R]esearchers concluded that an “unfortunate” first name may certainly inhibit relationship formation, and may even increase one’s likelihood to be smoker.

“Negative names evoke negative interpersonal reactions, which in turn influence people’s life outcomes for the worse,” the study said.  The trend across all sub-experiments, which drew on 11,813 adults, indicated those with “unfortunate” first names were generally more likely to smoke, be less educated and have lower self-esteem than those whose names were attractive.

For the most part, these conclusions could have easily been reached without the money and time spent on extensive scientific inquiry and large test samples: Of course an unfortunate name can help make your life a breathing train wreck. If you endured the misfortune of a goofy name, mornings in the classroom and afternoons on the playground were likely rife with incessant name-calling. Good looking girls (or boys) in high school must have had trouble saying your name right (if they could remember it at all). And even if your name is just long and not otherwise bizarre or “negative,” your coworkers probably still giggle uncontrollably at your desk’s name-plate, while branding you with infuriating nicknames like “T-Dawg” or “Sloppy Sec’s.”

If your life is in the toilet right now, this is science (yet again) telling you that it’s okay to blame mom and dad. In all likelihood, you’re already blaming them for your irrational fear of spiders, anyway.