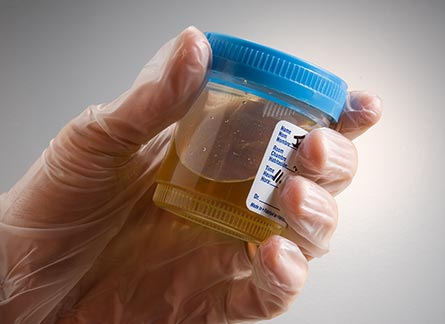 Mother Jones readers could be forgiven for wondering, on occasion, if Florida Gov. Rick Scott was on drugs. Since his inauguration last January, the tea partier and ex-CEO has declared war on liberal arts, killed state workers’ health coverage while getting a sweet deal himself, melted down on CNN, tried and failed to declare himself a military hero, lost count of the ways in which he’s shafted state law enforcement, and posted the worst approval ratings of any governor in the United States. But his real claim to fame has been a possibly not-quite-legal plan forcing welfare recipients to submit to drug tests—at their (and taxpayers’) own expense. (With 96 percent of applicants passing the test, and another 2 percent getting inconclusive results, Florida was purchasing a lot of clean pee—approximately $34,000 worth of it every month.)

Wednesday in Tallahassee, though, a fake reporter took the piss out of Rick Scott. At a budget press conference, Aasif Mandvi of The Daily Show With Jon Stewart turned the tables on the guv: “You’ve benefited from hundreds of thousands of taxpayer dollars over the years,” Mandvi asked, “so would you be willing to pee into this cup to prove to Florida taxpayers that you’re not on drugs?”

Here’s what happened next, according to the Miami Herald‘s Mary Ellen Klas:

Scott looked straight at him, didn’t miss a beat and said: “I’ve done it plenty of times.”

Mandvi then attempted to hand the sealed, official-looking collection cup to the governor. “We could all turn around, that’s fine,” he said.

At one point Mandvi persuaded other reporters to pass the cup to the front row but Scott ignored it. Mandvi asked again. “I hate to keep harping on this, would you pee in a cup?” Scott shot back: “You don’t get to run this.”

There’s no word yet on when Mandvi’s Daily Show segment will air, but here’s a peek at the comedy that ensued in raw form: