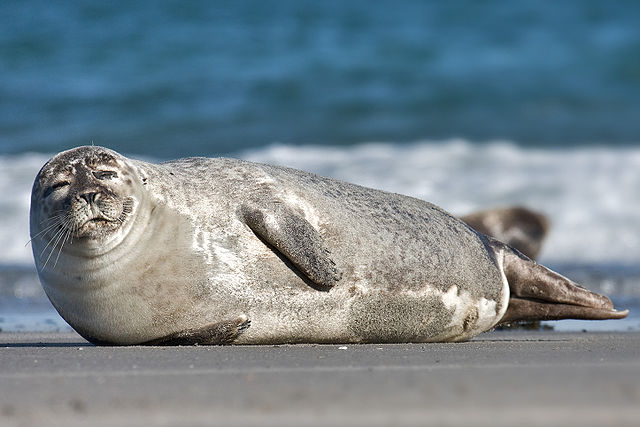 As of this week, the National Oceanic and Atmospheric Administration has declared three “unusual mortality events” (UME)—unexplained death clusters—for multiple species of marine mammals on four US coastlines: the Atlantic, the Gulf of Mexico, the Bering Sea, and the Chukchi Sea.

Under the Marine Mammal Protection Act, a UME declaration triggers a scientific investigation into the cause or causes of the die-off. At least two of these UMEs have potential implications for human health.

In addition to investigating all other potential causes [including ongoing effects of the Deepwater Horizon debacle], scientists are investigating what role Brucella [a bacterial infection] may have in the UME. Since our original finding of Brucella in 5 stranded dolphins from Louisiana, scientists have been concentrating testing on cases that show pathological changes consistent with the fetal pneumonia or adult meningitis identified in the first 5 cases. Here are our results showing the total number of Brucella cases identified so far. We will update these numbers when new results are available. FAQs on the investigations of the ongoing dolphin die-off and the potential impacts of the Deepwater Horizon BP oil spill on marine mammals are available.

2) New England harbor seals—declared on Nov. 3, for Maine, New Hampshire, and northern Massachusetts. Since Sept. 1, 2011, 162 harbor seals have died, most of them under six months old. From the NOAA declaration:

An influenza virus similar to an avian flu seen in wild birds—but never before known in seals—has been linked to recent harbor seal deaths off New England.

The UME is ongoing and all mortalities are being thoroughly investigated to the extent possible. The majority of cases have involved young of the year and many have similar skin lesions (ulcerative dermatitis). Unlike historical young of the year harbor seal mortalities, which are often attributed to malnutrition, many of these animals are in good body condition. During the UME investigation, Influenza A H3N8 was confirmed in five harbor seals that stranded in New Hampshire in mid-September/early October 2011… This particular virus subtype, while found in horses, birds, seals, and dogs, has not been detected in humans in recent decades. While the risk to humans from this virus is low (according to the Centers for Disease Control and National Wildlife Health Center), we want to remind people to keep a safe distance from seals they encounter on the beach and in the water and to keep their pets away from these animals. If they see an animal that looks sick, please report it to the NOAA stranding hotline or local stranding network member.

3) Alaska ringed seals and (soon) walruses—declared Dec. 20, 2011. Since mid-July, more than 60 dead seals and 75 diseased seals (mostly ringed seals) have been reported in Alaska, in the Arctic and Bering Strait regions. From the NOAA declaration:

The US Fish and Wildlife Service is considering making a similar Unusual Mortality Event declaration for Pacific walrus in Alaska.

During their fall survey, scientists with the US Fish and Wildlife Service also identified diseased and dead walruses at the annual mass haul-out at Point Lay… Seals and walruses suffering from this disease have skin sores, usually on the hind flippers or face, and patchy hair loss. Some of the diseased mammals have exhibited labored breathing and appear lethargic. Scientists have not yet identified a single cause for this disease, though tests indicate a virus is not the cause… [N]o similar illnesses in humans have been reported. Still, it is not known whether the disease can be transmitted to humans, pets, or other animals. Native subsistence hunters should use traditional and customary safe handling practices, and the Alaska Division of Public Health recommends fully cooking all meat and thoroughly washing hands and equipment with a water/bleach solution.