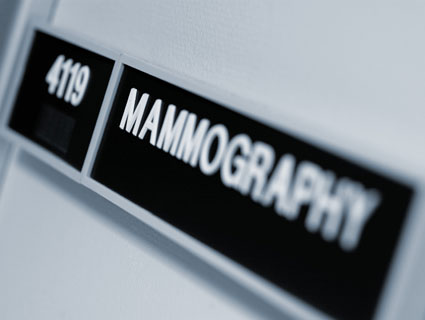 The Wisconsin Well Woman Program is an 17-year-old state service created to ensure that women ages 45 to 64 who lack health insurance can access preventive health screenings. It is administered by the Department of Health Services and provides referrals and screenings for breast cancer, cervical cancer, and multiple sclerosis at no cost. The state currently uses a number of contractors to coordinate and provide those services, including Planned Parenthood. But now, in a move that could leave many women in the state without access to the program, the Walker government is ending Planned Parenthood’s contract.

In four Wisconsin counties, Planned Parenthood is the only health care provider currently contracted as a coordinator for the cancer screenings. Coordinators evaluate women for eligibility, enroll them in the program, and then connect them to health care providers that can perform the exams. The coordinators also do community outreach, letting women know that there are options for preventative care even if they don’t have health insurance. Planned Parenthood Advocates of Wisconsin has been a contractor since the program began—including during the terms of previous GOP governors Tommy Thompson and Scott McCallum—but the group recently learned that its contract is being terminated at the end of the month.

Beth Kaplan, a spokeswoman for the Department of Health Services, told Mother Jones that no decision has been made on the contract and would not comment on why it might not be continued. But Tanya Atkinson, executive director of Planned Parenthood Advocates of Wisconsin, says they were told that the state is cutting them out of the program. “They have very clearly stated that they were ending the contract with us,” she says. [UPDATE: Walker himself has confirmed that the state is ending its contract with Planned Parenthood.]

Atkinson says the DHS cut is politically motivated; as far as she knows, her group was the only service provider whose contract was not renewed. The move puts in question what will happen to the more than 1,000 women that access the Well Woman Program through Planned Parenthood in Winnebago, Fond du Lac, Sheboygan, and Outagamie counties every year. Doctors found 15 cases of cervical and breast cancer in the 1,260 women screened in those counties in 2010—cases that likely would not have been detected if women didn’t have access to the Well Woman Program. The county health officers in two of those counties have already issued statements decrying the state for targeting Planned Parenthood for the cut and for risking the health of their residents.

“If it’s not Planned Parenthood, then who’s going to coordinate? Where do women go?” Atkinson asks. “We don’t have any indication at this point.”

If Walker goes through with the cut, women like Laurie Seim might not get the services they need. Two years ago, the 52-year-old Seim discovered a lump in her breast and started feeling feverish and sick. Even though she had a part-time job as a medical assistant, she didn’t have health insurance and had never had a mammogram. The doctor she worked for sent her to the Well Woman Program coordinator at the Outagamie office of Planned Parenthood. She was able to get a mammogram the next day as well as an ultrasound, and both were covered by the program. Thankfully, she learned she had a cyst, not cancer. But without the program, she says, she probably wouldn’t have gotten that care.

“I didn’t have to worry about anything. It was such a godsend,” Seim says. “If I hadn’t been referred to that program, I don’t know what I would have done.” She worked in the medical field but still didn’t know how to navigate the system. “Well Woman was there for me.”

Planned Parenthood also provides some of the health screenings covered under Well Woman at other clinics around the state, including colposcopy, which is used to evaluate a women’s cervical health if she has an irregular pap smear result. But another bill that has been proposed in the Wisconsin State Senate would bar Planned Parenthood from providing those services, too. Senate Bill 331, sponsored by Republicans Mary Lazich, Glenn Grothman, and Pam Galloway, would block Planned Parenthood and any other health centers that also offer abortion services from being reimbursed for screenings through the Well Woman Program.

This isn’t the first time Walker and his allies in the Legislature have targeted Planned Parenthood. In June, Walker approved a budget that blocked state and federal funds from going to the group and any of its 27 health centers around the state. The clinics provide care to 73,000 women annually. And although there are already rules barring public funding from going to abortion services, Republicans in the state have gone after any and all money that goes to Planned Parenthood—even if it’s for services like cancer screenings.