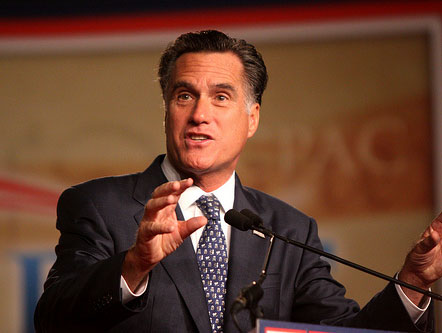 Mitt Romney followed up Saturday’s lackluster debate performance with a town hall in New Hampshire on Sunday, where he criticized President Obama, made pointed jabs at Newt, and reflected on his Mormon missionary experience in France. But things got more interesting when an audience member asked the potential Republican nominee if he supported efforts by prominent political leaders in Washington to remove the Mujahedin-e-Khalq, an Iranian dissident terrorist group, from the State Department’s list of designated terrorist organizations. Romney responded: “I have not heard of the MEK, so I can’t possibly tell you whether I support the MEK. I’ll take a look at the issue.”

If Romney has truly never heard of the MEK, he won’t have to go far to learn more—his own special advisor on foreign policy, Mitchell Reiss, is a leading advocate for the group. In the past, the MEK directed bombing campaigns in Iran, but the group was de-listed from the European Union’s list of terrorist organizations in 2009 and would like America to do the same. Reiss, the president of Washington College, issued a call last spring for removal of the MEK from the terrorist list, saying: “Time is running out, lives are at stake. For the United States this is a case where American interests of opposing the regime in Tehran are entirely consistent with American values of freedom and democracy.” In October, Reiss spoke at a policy briefing on the MEK. In fact, Reiss attended an MEK event just this past weekend.

The issue is hardly under the radar. Andrew Card, John Bolton, Rudolph Guliani, and Tom Ridge have all advocated for the MEK’s removal from the State Department’s list of terrorist organizations. Democrats like Bill Richardson, Patrick Kennedy, and Wesley Clark, have issued similar pleas. For more, read MoJo’s coverage of the American PR firm that works on MEK’s behalf; Salon’s Justin Elliott has frequently reported on the issue as well.

UPDATE: Below is the video of Romney being asked at his town hall in New Hampshire about the MEK. It sounds like the audience member also asked Romney about his adviser’s connection to the MEK. Romney responded by saying he’s “not familiar with that effort by the part of any of my team.”