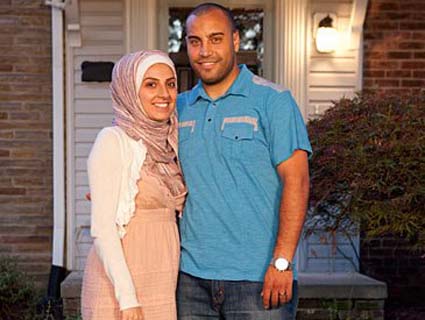 The Learning Channel’s “All-American Muslim,” a reality show focusing on a group of Muslim families in Dearborn, Michigan, has been a target of the Shariah panic industry ever since it started airing. On Friday, hardware retailer Lowe’s pulled their ads from the show in response to a protest campaign from the Florida Family Association.

The Washington Post published the FFA’s statement on why it objected so vehemently to the show.

“All-American Muslim’ is propaganda clearly designed to counter legitimate and present-day concerns about many Muslims who are advancing Islamic fundamentalism and Sharia law,” the Florida group asserts in a letter it asks members to send to TLC advertisers.

“The show profiles only Muslims that appear to be ordinary folks while excluding many Islamic believers whose agenda poses a clear and present danger to the liberties and traditional values that the majority of Americans cherish,” the FFA’s letter continues.

These objections mirror those previously expressed by anti-Muslim activists such as Pamela Geller (she of the stealth jihad turkeys), who wrote, “All-American Muslim” is trying to show nominal Muslims as the norm, as if their existence takes away the threat from devout Muslims.” Yet the show wasn’t completely devoid of Muslim evil, as she goes on to explain:

It is mentioned once but never explained: The man has to convert to Islam because a Muslim woman cannot marry a non-Muslim man. This is a supremacist measure designed to make the Muslim community always expand at the expense of the non-Muslim one. But there is no hint of that in this show.

My grandmother must also have been a “supremacist”—of the Jewish variety that is. She insisted that my mother convert to Judaism before marrying my father. Perhaps Geller can explain why, as with ritual killing of animals to comport with religious dietary laws, this is sinister when Muslims do it but not when Jews do it.

Geller’s frequent comrade-in-arms in the fight against the “Islamicization” of the United States, Robert Spencer, also weighed in, writing that “[t]he Muslims it depicts are for the most part undoubtedly harmless, completely uninterested in jihad and Islamic supremacism[.]” It’s a shame that Lowe’s would come to the conclusion that “Muslims being normal” is so controversial that it would pull its advertisements.

Anti-Muslim activists like Geller and Spencer frequently argue that they are critics of Islam but they are not anti-Muslim—that they are not motivated by bigotry. But their animosity towards “All-American Muslim,” as expressed in their own words, is motivated by the fact that it portrays Muslims as normal human beings. If Geller, Spencer, and their allies were actually concerned about Islamic extremism, and not fostering a civilizational conflict in which all Muslims are potential enemies, then this show would pose no danger to their agenda.

Their biggest fear is that shows like “All-American Muslim” will succeed at fostering the idea that Islam and American values are not necessarily in conflict. After all, if non-Muslim Americans begin to see American Muslims as being like themselves, then it becomes far more difficult to argue that Muslims’ rights should be curtailed, that Muslims should be treated with greater suspicion than other Americans, or that Muslims shouldn’t be able to build houses of worship on their own private property. It also becomes much harder to sustain a million-dollar industry devoted to persuading the country that Muslims as a whole are dangerous.