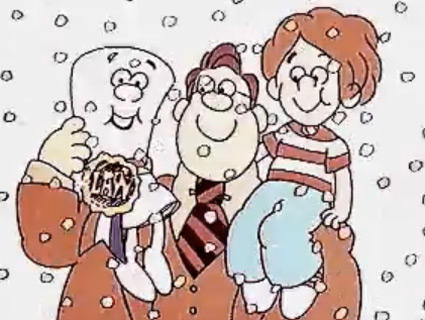 On Tuesday, Rep. Jeb Hensarling (R-Texas) contended that “[e]very single business group says a two-month extension [of the tax cut] is totally unworkable, and will do more harm than good.” Hensarling’s comments came after the GOP House leadership had decided on Monday night to vote to appoint conferees instead of actually voting on the Senate compromise.

“Since the dawn of the republic, these are how differences are settled between the House and Senate,” Hensarling condescendingly insisted on the House floor. “If you don’t remember your civics 101, maybe if you have small children like I do, you can go back and watch the Schoolhouse Rock! video. It’s very clear.”

Along with his dubious claim that “every single” business group rejects the two-month extension, Hensarling managed to get his facts wrong on Schoolhouse Rock, as well, according to McClatchy:

The 1970s cartoon [titled “I’m Just a Bill”] featuring a rolled-up bill singing about how he becomes a law doesn’t specifically mention the conference committee process…In the cartoon, the bill croons: “I’m just a bill. Yes, I’m only a bill. And I’m sitting here on Capitol Hill.” He offers a step-by step primer on how he goes from idea to law, a process that takes him from being developed and voted on in a committee — such as Judiciary or Ways and Means — to the House floor for a vote.

With a “yes” vote, the bill moves to the Senate “and the whole process starts all over again,” the cartoon bill says.

From there, the song takes the process directly to the White House and the threat of a presidential veto. No mention of House-Senate conference committees or what happens if the House and Senate disagree on a bill.

Considering Hensarling’s hard-line conservative voting record—on LGBT rights, women’s rights, Medicare, stem cell research, a Constitutional amendment against flag-desecration, the works—he probably would’ve felt even more comfortable (mis)quoting this parody of the 1975 Schoolhouse Rock! song, from a 1996 episode of The Simpsons. Sample lyrics: “There’s a lot of flag-burners who have got too much freedom  / I wanna make it legal for policemen to beat ’em / ‘cuz there’s limits to our liberties. / Least I hope and pray that there are / ‘cuz those liberal freaks go too far.”