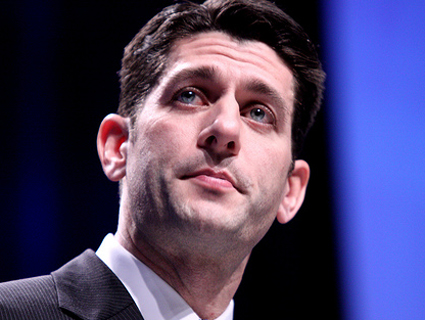 Fact-checking, as a genre, probably shouldn’t exist. It does largely because of one of the weirder conventions of mainstream journalism, which is to give equal weight to competing claims regardless of whether or not they actually deserve it. Determining the truth or falsity of a given claim is of a lower priority than actually meeting a deadline.

The purpose of fact-checking websites like PolitiFact, then, is to solve an invented problem by focusing on facts rather than “balance,” since a commitment to the latter can be easily manipulated in the service of spreading falsehoods. For the past two years, PolitiFact chose as its “Lie of the Year” two Republican talking points. In 2009 the “Lie of the Year” was Sarah Palin’s whopper that the Affordable Care Act contained “death panels” that would decide whether people lived or died based on “levels of productivity.” The 2010 “Lie of the Year” was that the ACA constituted a government takeover of health care (it actually preserves the private insurance system).

Opponents of health reform weren’t particularly happy about this, and critics started alleging selection bias, aruging that PolitiFact more often cast Republican claims as false. Cato’s Michael Cannon, a harsh critic of the Affordable Care Act, wrote in 2010 that he would be boycotting the site. All the criticism from the right created a problem for PolitiFact: The charges of bias undermined its authority as a neutral arbiters of the truth.

This dynamic might help explain 2011’s “Lie of the Year.” This time, PolitiFact chose the Democrats’ claim that Rep. Paul Ryan’s (R-Wisc.) proposed “fixes” to Medicare alter the program so drastically that it becomes Medicare in name only. As Paul Krugman explains:

Previously, PolitiFact‘s system for deciding the “Lie of the Year” was through popular vote, which in all honestly seems like a strange way to decide something like this. Nevertheless, while in 2009 and 2010 the lies of the year reflected choices made by readers, as Steve Benen points out, this year PolitFact decided to go with the third-place choice.

Explaining this decision, PolitiFact‘s Bill Adair wrote that “We discussed each of the other finalists and concluded that while clearly false, they failed to be as significant as the Medicare claim.” So when Republicans were set to come up with a “Lie of the Year” hat trick, the good people at PolitiFact intervened on an entirely arbitrary basis. How exactly is it a “fact” that the Medicare claim is “more significant” than Senator Jon Kyl’s (R-Ariz.) claim that abortion is “well over 90 percent of what Planned Parenthood does,” or that “zero jobs” were created by the 2009 stimlus bill? It’s not a fact at all. It falls in the realm of “defensible argument,” a fact-checking nether region that, as Jonathan Chait points out, at the very least includes the Democrats’ claim that privatizing Medicare changes the program so as to effectively “end it.”

It seems rather clear that the point here was to avoid another avalanche of conservative criticism that would undermine PolitiFact‘s credibility as an unbiased source. In doing so, the group has proven that fact-checking organizations are themselves vulnerable to the very problem that spurred their existence in the first place: A media tradition of “objectivity” in which “fairness” to competing sides of an argument overwhelm journalists’ commitment to reporting what is true, and what is not.