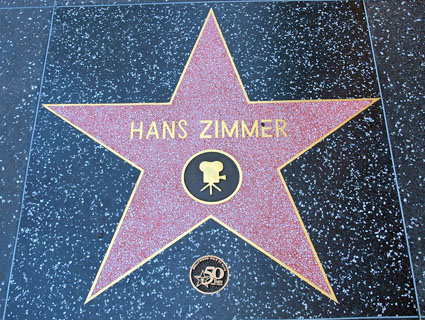 First, international human rights got an official logo (with a little help from Qaddafi’s old PR firm). Now the universal yearning for freedom has its own anthem, written by Oscar-winning Hollywood composer Hans Zimmer.

To celebrate the fiftieth anniversary of Amnesty International, the man who’s scored everything from Gladiator and Rain Main to The Lion King and Kung Fu Panda 2, has bestowed the group with what it calls “a deeply moving composition that pays tribute to generations of human rights activists whose achievements have meant the difference between life and death, freedom and terror, justice or repression for people around the world.” And all that in a little more than two minutes.

Here’s a version of the anthem released earlier this year:

That’s pretty much standard Zimmer fare: A not too subtle attempt to wring tears from your eyes via a barrage of etherial vocals and relentless percussion. But there’s more: Amnesty’s just announced a contest to remix the official (and as yet unshareable) version of “One More Voice for Freedom” (the winner gets $1,000).

You really have to hear it—it’s somewhere between airplane boarding music and the most stereotypically inspiring movie montage ever. Still, it was very nice of Zimmer to contribute a fraction of his output to Amnesty on its golden jubilee. Now, if you’ll excuse him, he has to get back to putting the finishing touches on his soundtrack for Madagascar 3: Europe’s Most Wanted, the first animated 3-D movie about the International Criminal Court.