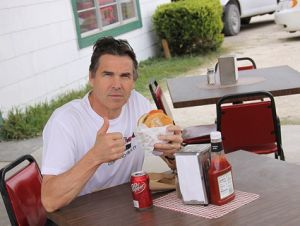 If Rick Perry had one thing going for him as a Presidential candidate (well, other than the execution thing), it was his bank account. The Texas Governor, we were told going to the campaign, had access to the deep pocketbooks of Lone Star State donors, folks like homebuilder Bob Perry and businessman James Leininger. He had not one but two Super-PACs to his name, including one, Make Us Great Again (MUGA!), that was helmed by a former chief-of-staff turned lobbyist, Mike Toomey. MUGA expected to raise and spend $55 million to support Perry during the primary alone.

But Perry didn’t actually start off with all that money. It was just supposed to come in once he established his dominance as the Anti-Romney prophesied by the ancients. Except he hasn’t done that, and as the Houston Chronicle reports, the donors have stopped showing up. Literally:

Perry’s loyal backers are running into resistance from Republican donors. One Perry fundraiser, who asked not to be named, said he received 15 RSVPs for a recent event from potential donors saying they might attend. But after a gaffe-marred Perry debate performance, none showed up.

Perry is currently peppering the airwaves in Iowa and South Carolina with advertisements, tarring President Obama for his “privileged” upbringing. But unless the money spigot turns on again, he won’t be able to keep that up forever.