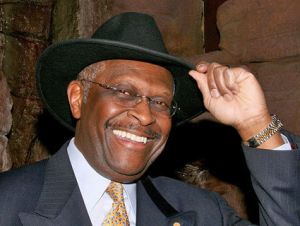 GOP presidential candidate Herman Cain has a Muslim problem. Cain has already publicly suggested that Muslims are not guaranteed First Amendment rights and that he would not hire any observant Muslims in his hypothetical administration. His strategy, as with most of his other problems, has been to deny having said any of the things he has said, and then, when pressed, to insist that he’s answered the question already, end of story, period. But Cain appears to have shot himself in the foot once again. Chris Moody attended Cain’s event at the Holy Land Experience in Orlando, a Biblical amusement park, and reports that Cain started his speech off with a curious anecdote:

He did have a slight worry at one point during the chemotherapy process when he discovered that one of the surgeon’s name was “Dr. Abdallah.”

“I said to his physician assistant, I said, ‘That sounds foreign–not that I had anything against foreign doctors–but it sounded too foreign,” Cain tells the audience. “She said, ‘He’s from Lebanon.’ Oh, Lebanon! My mind immediately started thinking, wait a minute, maybe his religious persuasion is different than mine! She could see the look on my face and she said, ‘Don’t worry, Mr. Cain, he’s a Christian from Lebanon.'”

This isn’t the first time Cain has discussed his fears of Dr. Abdallah. It was a stripped-down version of this same anecdote, told during an interview with CBN’s David Brody, that first sparked interest in Cain’s anti-Muslim views in February. That Cain’s still beating the drum seven months later tells you a good deal about the seriousness and discipline of his campaign; it also says a lot about Herman Cain. (My colleague Adam Serwer, meanwhile, can fill you in on why, if you’re looking for villiains in the Lebanese Civil War, there’s plenty of blame to go around.)