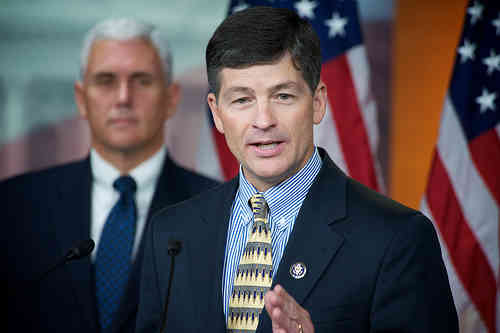 A Thanksgiving deadline to deliver a plan to cut $1.2 trillion from the federal budget looms larger every day for Congress’ 12-person “super committee,” split evenly between Democrats and Republicans in the House and Senate. Failure to reach consensus will trigger across the board cuts to the Defense Department, Medicare, and plenty more federal agencies and programs. But as the super committee heads into its final month of negotiations, often conducted in secret, they’ve felt the full force of Washington’s special interest machine.

According to Politico, the super committee has been lobbied by almost 200 special interest groups and companies seeking to influence the panel’s budget-slashing prescriptions. Those interests include everyone from American Indian tribes and the airline industry to powerful health insurance companies such as WellPoint.

This lobbying onslaught is, in part, an attempt to pierce the layer of secrecy surrounding the super committee, which often meets behind closed doors and has kept the public mostly in the dark about any potential agreements or breakthroughs. Here’s Politico:

“During my 42 years in Washington, this is the most closed-mouth committee that I have seen,” said Gerald Cassidy, veteran K-Streeter of Cassidy & Associates.

Members of the supercommittee and their staffers have largely kept a lock on what is being discussed. Even in private meetings with other lawmakers, their lips are sealed. Mark Prater, the panel’s staff director, and his deputy had dinner with bipartisan Senate chiefs of staff at Bistro Bis on Capitol Hill last week, and divulged little.

The little that’s known is not promising for a major deal. Both sides, according to aides familiar with the discussions, still cannot come to agreement on basic principles to guide discussions.

For good government and transparency advocates, the activities of the super committee and its members have been a worry since the committee emerged out of the debt ceiling deal forged between the White House and Congressional leaders this summer. In mid-September, 14 different groups—such as the Brennan Center for Justice, Common Cause, Public Citizen, and the Sunlight Foundation—urged the members of the supercommittee to disclose all meetings with and donations from lobbyists during their time on the supercommittee. Failing to do so “will reinforce the public’s mistrust of the deficit reduction process and risk delegitimizing the Committee’s work,” the groups wrote to members of the committee. Several members of Congress also introduced legislation to force super committee members to disclose donations they receive while on the committee, but those efforts failed to gain any traction.

At least one lawmaker agreed with the advocates and concerned lawmakers. Last month, Sen. John Kerry (D-Mass.) said he would not raise any money during his time on the super committee, canceling all fundraisers between September and Nov. 23.