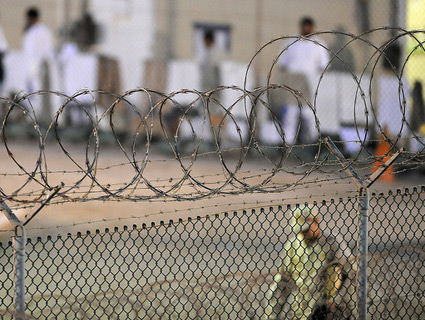 On Thursday, Deputy National Security Adviser John Brennan announced to reporters that the Obama administration has ruled out sending any new terror suspects to the detention camp at Guantanamo Bay. Politico has the story:

“We’re not going to bring people to Guantanamo…It’s this administration’s policy to close Guantanamo and, despite some congressional hurdles that have been put in our path, we’re going to continue to pursue that.” …

Brennan said…that if a suspected terrorist operative were captured and a civilian criminal prosecution were not feasible, it is possible that person could be placed in military custody and brought to the United States for trial by a military commission. The Obama administration is moving forward with such commissions at Guantanamo but has never initiated one on U.S. soil…

Brennan did not say how the U.S. would proceed against a suspected terrorist operative when there is no admissible evidence of a war crime that could be prosecuted in either a civilian or military court.

It’s easy to greet this news with cynicism, and it’s a cop-out to lay the blame solely on “some congressional hurdles.” In the almost three years since his executive order to have the facility closed within 12 months, President Obama has reversed course on military trials for Gitmo prisoners, and the fully operational detention center continues to stand as yet another broken campaign promise. The Obama administration has been so sluggish on this that the president has even received some backhanded kudos from the likes of Ann Coulter and Rick Perry for not shuttering the military prison during his first term.

(Also, as Mother Jones‘ news editor Nick Baumann reported, the FBI’s secret program to have American citizens detained and interrogated by foreign governments doesn’t exactly boost Obama’s stature among critics of the War on Terror, either.)

When held against these unpleasant facts, Brennan’s announcement risks coming off as unremarkable or verging into too-little-too-late territory. But it does show the president flexing a shred of muscle on a key aspect of the Gitmo issue. And in spite of the Republicans’ sustained efforts over the years to limit options and restrict transfers from the facility, the administration is not budging (at least for now) on flooding the controversial site with more inmates.

And that should be worth a couple civil libertarian golf-claps.