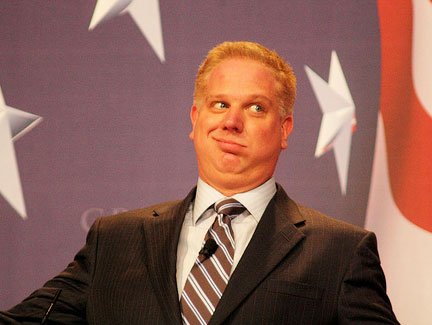 During his decade in office, Texas Gov. Rick Perry has named Sarah Palin, Sean Hannity, Rush Limbaugh, and Glenn Beck as “honorary Texans.” He may be the first Lone Star State governor to use the award to such brazen political ends, but he’s sure not the first to use it to get attention. Here’s the lowdown on 10 of the most interesting honorees.

Governor: Alan Shivers (D)
Honorary Texan: General George MacArthur (1951)
Lowdown: The three-star general received the honor in Austin while on a tour to promote a stronger military stance against Korea. His son was named “Honorary Junior Texas Ranger.” The general later led a parade in Houston attended by 500,000 people and visited Galveston, where he was to receive a Cadillac.

Governor: Preston Smith (D)
Honorary Texan: Shirley MacLaine (1972)
Lowdown: Upon receiving her award, the actress-activist said, “Next time I’m in Texas, I hope I’m awarded this by Cissy Farenthold.” Farenthold was the congresswoman who’d lost the Democratic nomination to Smith that spring.

Governor: Dolph Briscoe (D)
Honorary Texan: Christi Worthington (circa 1976):
Lowdown: Worthington’s father, a Texan jeweler who’d relocated to Iowa, wrote his mother and asked her to send a bag of dirt so that his baby would be born on Texas soil. He then successfully petitioned the governor to make his daughter an honorary Texan.

Governor: Bill Clements (R)
Honorary Texan: Deng Xioping (1979)
Lowdown: A decade before the Chinese leader stood behind the massacre of pro-democracy protesters in Tiananmen Square, he was made an honorary Texan, given a cowboy hat, and treated to a rodeo and barbecue. Looking back on the affair, the Houston Chronicle wrote, “Herein lies a lesson for all Americans concerning the diplomatic conventions of civility and hospitality, and the harsh realities of totalitarian dictatorships.”

Governor: Ann Richards (D)
Honorary Texan: Bob Hope (1992)
Lowdown: Richards handed the actor his certificate of Texan citizenship and said, “This entitles you to come to the mansion and see me anytime you want, honey.”

Governor: George W. Bush (R)
Honorary Texan: William Hague (1999)
Lowdown: “I might be persuaded to wear the boots, but I’m certainly not going to wear the hat,” the leader of Great Britain’s Conservative Party said upon receiving the honor.
Honorary Texan: Bob Dylan (1999)
Lowdown: In 2009, after mentioning his Texas citizenship in an interview with the UK’s Sunday Times, Dylan had this to say about Bush’s legacy: “As far as blaming everything on the last president, think of it this way: the same folks who had held him in such high regard came to despise him. Isn’t it funny that they’re the very same people who once loved him? People are fickle. Their loyalty can turn at the drop of a hat.”

Governor: Rick Perry
Honorary Texan: Russell Crowe (2001)
Lowdown: The Gladiator star received the award from Perry shortly before his band played Perry’s daughter’s 15th birthday party.
Honorary Texan: Glenn Beck (2010)
Lowdown: When Perry presented the award to the Fox News host at a “Taking Back America” rally at the Oil Palace in Tyler, Beck says he asked the governor, “Is there ever going to be a time when I’m going to need to use this as a passport?”