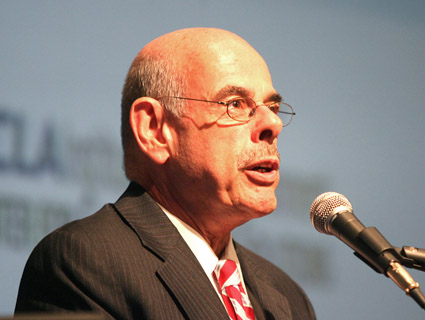 With all the Medicare-privatizing and debt ceiling hostage-taking this year, Republicans haven’t had much bandwidth to spare on the priorities of last session—like killing health care reform.

But now they’re back in the swing of things. House Republicans on the powerful energy and commerce committee released draft legislation this week that takes square aim at the patients’ bill of rights and other bedrock consumer protections written into the Affordable Care Act. The bill would change the law so that insurance plans that existed before the passage of health care reform—i.e., the majority of private health care plans—don’t have to comply with new consumer protection rules.

So, under the Republican draft, what protections would no longer apply in grandfathered plans? Here are a few:

The bill would also impose lifetime and annual limits on coverage, dramatically restrict patient choice, and eviscerate patients’ right to appeal denial of coverage. The GOP’s push to undo what ACA did appears to be glommed into its overall anti-regulatory push. The title of Thursday’s hearing on the draft legislation was “Cutting The Red Tape: Saving Jobs from PPACA’s Harmful Regulations.” In a nutshell: The bill looks to preserve the status quo for health insurance companies.

The benefits of the patients’ bill of rights are already being felt, and it is among the most popular parts of health care reform. But will Rep. Henry Waxman (Calif.) and the other Dems on the committee win the spin war?