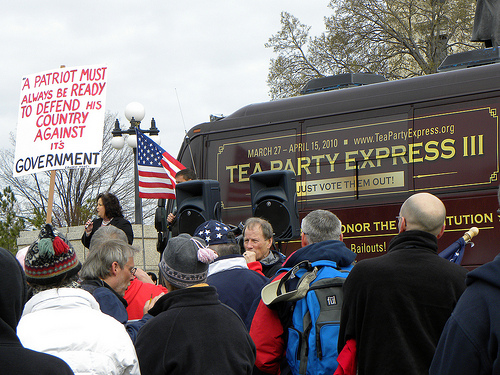 On Friday morning Tea Party Nation blasted out a life-or-death missive to its members on the importance of the recalls. TPN’s leader, Judson Phillips, accused liberals and Democrats of wanting to “break the back of conservatives here in Wisconsin” via the recalls and drive the state into bankruptcy. Referencing the winter labor upheaval in Madison, the state capital, Phillips wrote: “Liberal mobs attacked the capitol building and at one point trapped at least one Republican lawmaker.”

The left lost. So they are fighting back. They have filed recall papers against 6 Republican Senators. If three of them lose, it will flip control of the State Senate back to the Democrats and the fiscally conservative Governor Scott Walker will be hard pressed to do anything to cut spending.

As we tour Wisconsin the next few days, we need your help. If you can make it to Wisconsin, join us for the tour. If you cannot, spread the word about the tour to anyone you know. Details about the tour are on the front page of Tea Party Nation.

Phillips’ plea, not to mention the uniting of four different tea party groups for the bus tour, can only be seen as a sign of serious concern about how the six GOP senators will fare in next week’s elections. And if recent polls are any indication, they’ve got good reason to worry.