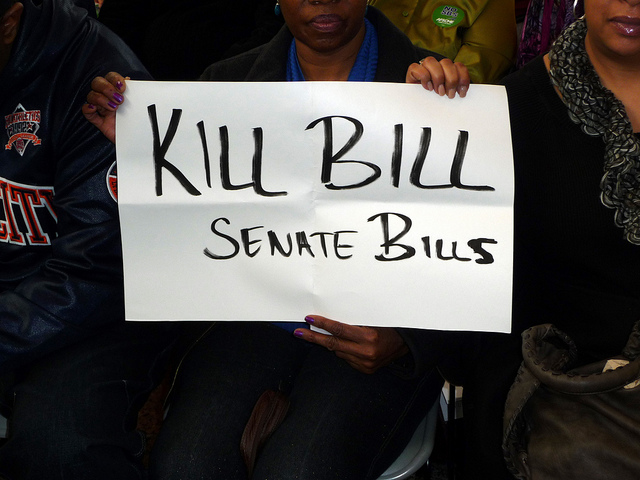 With the dust barely settled on Wisconsin’s slate of summer recall elections, a backlash to Gov. Scott Walker’s attack on union bargaining rights, Ohio Gov. John Kasich wants his state’s unions to cut a deal on his anti-union bill, known as SB 5.

Kasich asked union leaders on Wednesday to compromise with him on changes to SB 5 and back off a referendum on the bill scheduled for this fall. As the Columbus Dispatch reports, Kasich, one of the most unpopular governors in America, told labor unions to “set aside political agendas and past offenses” and cut a deal, a move he said would be in the “best interest of everyone, including public employee unions.”

Unions rejected Kasich’s olive branch. A spokeswoman for We Are Ohio, a group of labor unions spearheading the SB 5 referendum, said Republicans “can repeal the entire bill or join us in voting no on Nov. 8,” adding, “We’re glad that Governor Kasich and the other politicians who passed SB 5 are finally admitting this is a flawed bill.”

Here’s more from the Dispatch:

The governor said the offer stems from him being a “believer in talking,” and not out of “a fear we are going to lose.” Kasich asked for a delegation of 10 public employee union leaders to talk Friday with state officials.

Niehaus echoed the comments of Kasich, saying the average person at home is asking him why they can’t work this out.

Niehaus said Democrats expressed no willingness to meet in middle during the legislative process.

“We did reach out. Made concerted effort,” he said. “Delete, delete, delete” is what the Democrats wanted to do.