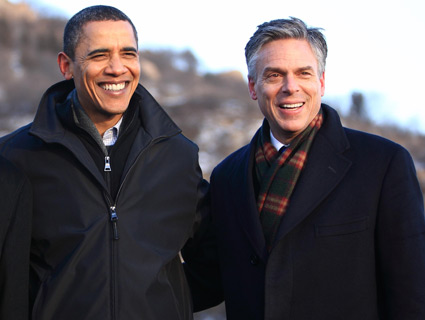 Thanks to a Republican presidential field crowded with hardline conservatives like Rep. Michele Bachmann and Texas Gov. Rick Perry, Gov. Jon Huntsman is having a tough time selling himself as a credible, semi-reasonable, moderate alternative.

One name that jumped out of the newly minted lineup of financial backers in the first-in-the-South primary state is John Rainey, a former head of the South Carolina Board of Economic Advisers and a two-time George W. Bush “pioneer,” who bundled at least $100,000 for the Republican candidate in 2000 and 2004.

Rainey has called for an investigation into the circumstances surrounding work that [South Carolina] Gov. Nikki Haley did for a consulting firm and a Columbia hospital, and he recently shared with a reporter his blistering denunciation of the Republican first-term governor, who is seen by many as a rising star in the Republican Party.

“I believe she is the most corrupt person to occupy the governor’s mansion since Reconstruction,” Rainey told The Nation in June. “The Democrats got Alvin Greene; we got Nikki Haley. Because nobody bothered to check these guys out.”

Huntsman’s finance team also boats five people who have donated to Democrats. Of course, as RCP points out, donating to candidates of both parties is nothing new. But in a state with as unbroken a conservative streak as South Carolina’s, Huntsman’s reliance on a donor with such unadulterated haterade for Haley seems a trifle…unwise. Perhaps Huntsman’s staffers think that Haley’s sliding approval ratings mean she’s no longer the potent political kingmaking force she was once thought to be.

Still, given the fact that Huntsman has pegged his presidential fortunes to the South Carolina primary—and foregoing the Iowa caucus and New Hampshire primary—you have to ask just how far his pro-life, pro-business, anti-tax record can carry him. Especially with quotes like this one, from Dem strategist Tyler Jones, floating around: “This is why liberals in South Carolina love Jon Huntsman…He hates Republicans just as much as we do.”