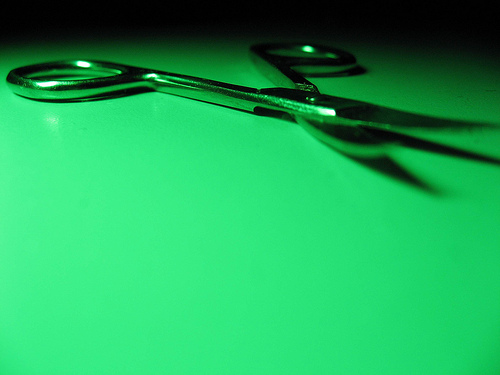 There’s not much that Friends of the Earth and The Heartland Institute agree on. Friends of the Earth is among the most liberal of the environmental groups in the US. Heartland thinks that climate change isn’t a crisis at all—actually, it might even be a good thing. But the two partnered this year to in the release of the Green Scissors Report, which looks at environmentally problematic government spending.

It’s heartening to know that while two groups might not be able to agree on the question of whether or not climate change is real, they can agree that subsidies for corn ethanol are dumb. That was among the $380 billion in “wasteful government subsidies” that the groups, along with Taxpayers for Common Sense and Public Citizen, unveiled on Wednesday. Friends of the Earth has released this report annually since 1994, and this was the first year that Heartland joined in. This year, they’re hoping it gets more attention, given the supercommittee’s charge to find spending cuts.

“We are a forthrightly conservative organization, and we disagree with many of the objectives of other partners,” said Heartland Institute Vice President Eli Lehrer in a call with reporters on Wednesday. But they did agree, that “big government spending” can have “negative consequences” for the environment.

“These are common-sense cuts, and should represent the lowest-hanging fruit,” said Ryan Alexander, president of Taxpayers for Common Sense.