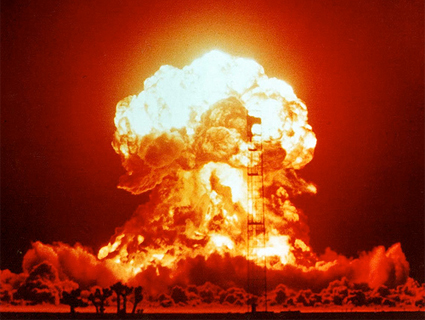 While you were watching The Town on Blu-Ray the DC debt-ceiling drama, a lot happened in the national security sphere. In this installment: We’re defenseless against default, would-be domestic terrorists do it wrong, a Russian diplomat rips red-staters, a Vets’ Hall of Fame inducts…Rick Scott, a fighter jet has gremlins, and the DOD outputs an epic cyber fail.

• Yes, going into a debt default could make America less safe. Kind of a dilemma for conservative hawks.

• A Planned Parenthood clinic was firebombed in Texas. Terrorism? Perhaps. Al Qaeda? No, because they probably know better than to use diesel in a Molotov cocktail.

• In other “alleged domestic terror in Texas” news, a Muslim Army private was arrested near Fort Hood for conspiring to attack soldiers on the base with guns and explosives. And for possessing child pornography. It appears the soldier was also connected to a host of antiwar groups. Right-wing bloggers, commence cackling.

• What happens when you throw a Russian ambassador in a room with two hawkish Republican senators? Sound bites galore.

• Florida Governor Rick Scott appointed his old chief of staff to oversee a new state Veterans Hall of Fame. On the list of inductees: Rick Scott! And six Confederate ex-governors. And none of the state’s dozens of Medal of Honor recipients. Shockingly, this plan may change.

• After decades of delays and cost overruns, the Air Force’s top fighter jet, the F-22 Raptor, has a strange problem: It’s leaking anti-freeze into the pilots’ oxygen systems, making the aviators dangerously woozy during flights. It may take many more flight hours to identify the cause, at $44,000 an hour. And you thought your mechanic was expensive.