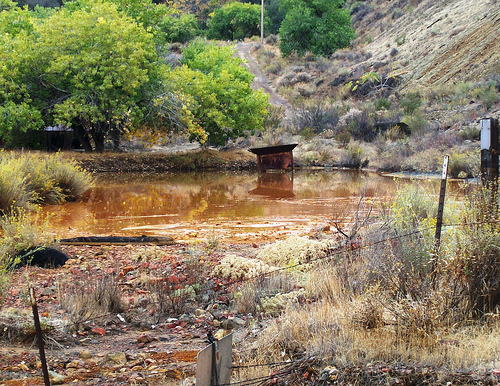 On Thursday, the House passed a bill that effectively eliminates federal oversight on water standards. The bill rolls back the Clean Water Act,  returning most oversight to the states, and passed with almost all Republicans and a handful of Democrats supporting it.

The measure has a title that sounds kind of pleasant—the “Clean Water Cooperative Federalism Act of 2011″—but when you read it you realize it’s really just an effort to return us to the days of the Cuyahoga River fire and Love Canal.

The House passed the bill by a vote of 239 to 184 on Wednesday, but like many of the assaults on EPA authority this year, it’s unlikely to go anywhere in the Senate. Nearly every Republican supported the provision, along with 12 Democrats—most of them from coal states.

Were this to become law it would, of course, be a very bad thing in many states—particularly those where fossil fuel interests and industrial polluters already have a track record of ignoring protections for humans and the environment. There’s a reason that a federal clean water protection plan was signed into law in 1972: States weren’t doing a particular good job of keeping their rivers from catching fire as it was.