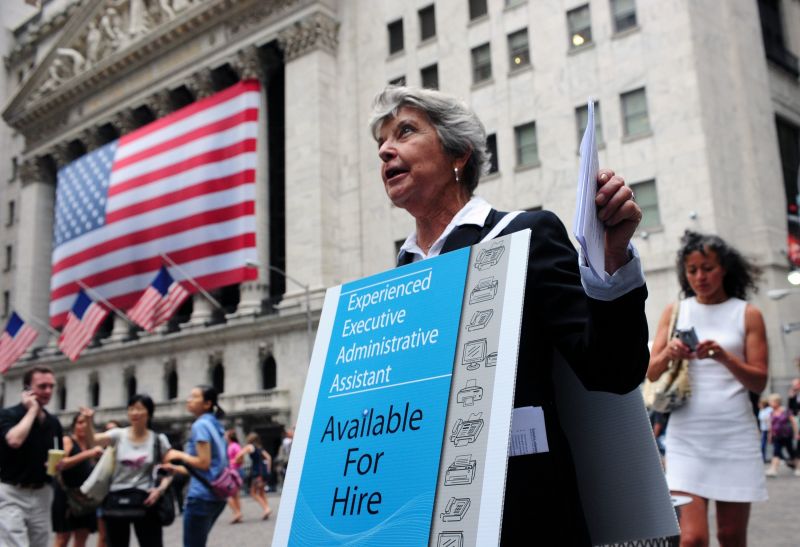 The Labor Department’s June jobs report is ugly. Really ugly. In just about every meaningful category there was bad news about the workforce. Two years after the recession officially ended, the US labor market continues to struggle mightily.

The headline jobless rate crept up to 9.2 percent. Overall the economy created 18,000 jobs (economists had predicted nearly ten times that number). The real unemployment rate jumped up to 16.2 percent, from 15.8 percent. Workers who left the workforce: 272,000. Hours worked and hourly earnings declined. The percentage of Americans participating in the labor force—64.1 percent—is the lowest it’s been since 1983. Teen unemployment is a staggering 24.5 percent, and the jobless rate for blacks and Hispanics is 16.2 percent and 11.6 percent, respectively.

Taking into account the June jobs report, the economy has created an average of 126,000 jobs a month in 2011. That’s barely enough to keep pace with normal population growth.

Put simply, there’s no silver lining in today’s report. Tweeted economist Nouriel Roubini this morning, “Labor market in a slump dashing the hopes that this is a temporary soft patch. It is rather a deep ugly swamp.”

The jobs report casts a dark cloud over the ongoing deficit-reduction talks between top Democrats and Republicans. The White House announced that President Obama will discuss the jobs report at 10:35 a.m. from the Rose Garden.

Here’s more from the Associated Press:

Economists have said that temporary factors have, in part, forced some employers to pull back. High gas prices have cut into consumer spending. And supply-chain disruptions stemming from the Japan crisis slowed U.S. manufacturing production.

In June, hiring was weak in most sectors: Manufacturers added only 6,000 jobs; Education and health care, which added jobs through the recession, was flat; and professional and business services, which include accounting, legal and engineering jobs, grew by only 12,000.

In a brief statement this morning, House Speaker John Boehner pointed to June’s dismal jobs report as proof that reducing the federal deficit with tax increases will only make things worse for the US economy. “The stimulus spending dinge, execessive government regulations, and our overwhelming debt continue to hold back job creators around our country,” Boehner said. “Tax hikes on families and job creators would only make things worse.”

Austan Goolsbee, a top economic aide to the president, fired back: “This reiterates what we know, which is that the growth rate slowed down in the first part of this year. And we’ve got to get that growth rate back up. This number is a call for us to take bipartisan action to help get the private sector to stand up and start hiring.”