I’m borrowing this meme from my esteemed colleague Kevin Drum today, in the interest of introducing someone.

This is my tormentor: 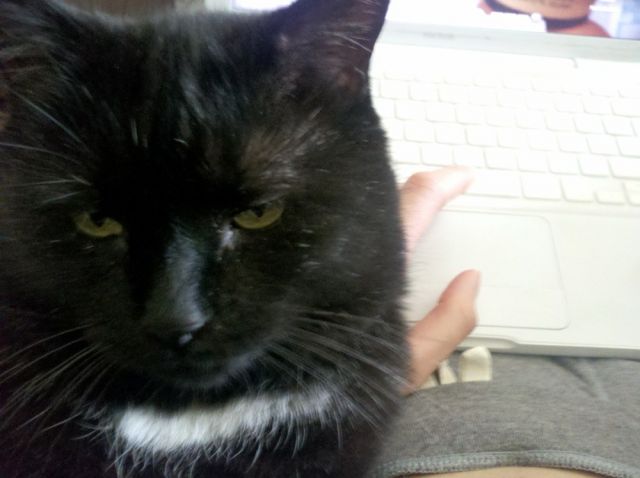 His name, as mentioned before, is Barack Obama. He’s one of two cats belonging to the family I’m staying with while reporting from Ohio. Barack Obama parks himself on my dominant arm while I’m trying to work. He cuddles up against me while I’m trying to keep my cat allergies under control. He learned how to open my bedroom door at four in the morning, and made me suspicious about a mysterious puddle I stepped in on the kitchen floor.

Yesterday, though, Barack Obama earned my respect. As it turns out, he has a tormentor too. Her name is Jocelyn.

She eats his food (which is upsetting for the parents as well as the cat). She makes him the subject of her preferred game, which is slapping people in the face with toys and DVD cases. Then last night, while he was taking a nap, she toddled over to him and, with the full force of an unsteady baby-run behind her, threw herself onto his back. 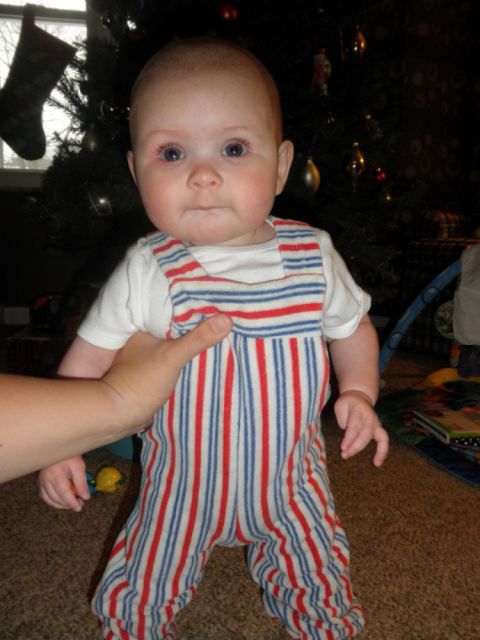 Barack Obama just lay there, wincing, enduring her ignorance about how uncomfortable this might be. Watching him, I thought maybe I didn’t give him enough credit. I mean, I wouldn’t attack a baby, either, but I still feel like there’s a lesson to be learned about patience and tolerance here. So props to Barack Obama, whom I will push off my lap with extra gentleness 47 times today. He’s good people.