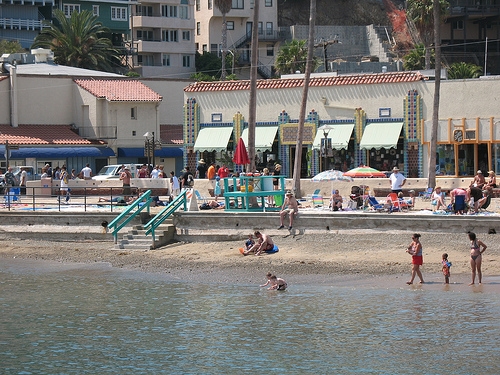 Angelenos beware: If you plan to spend your Independence Day soaking up rays on the beach, it might be wise to stay out of the water.

That’s according to the Natural Resources Defense Council’s 21st annual report on beach water quality, which reveals the nation’s dirtiest lake and seaside beaches. Southern California snagged the most spots on a list of “repeat offenders,” where contamination—mostly from human and animal waste in storm runoff—exceeded national standards at least a quarter of the time over the last four years.

Overall, 2010 saw the second-highest number of beach closures and health advisories in the past two decades. Beaches were scored based not only on water quality, but also on how accessible local officials made that information to the public.

NRDC officials cited everything from the stomach flu and pink eye to dysentery and hepatitis as illnesses that can strike swimmers, adding that animal waste can exacerbate algal blooms that have health consequences for marine life. And you thought the local water park was bad.

“A day at the beach shouldn’t have to come with a skin rash as a souvenir,” NRDC water expert David Beckman said.

And the most consistently dirty beaches are (drum roll, please):

But there’s still hope for a dysentery-free holiday weekend. Also released was a (shorter) list of “superstar” beaches, where water testing has been perfectly clean for the last three years:

And if the report doesn’t list your local beach, NRDC attorney Jon Devine urges folks to use common sense: “If the water looks or smells funny, don’t go in.”