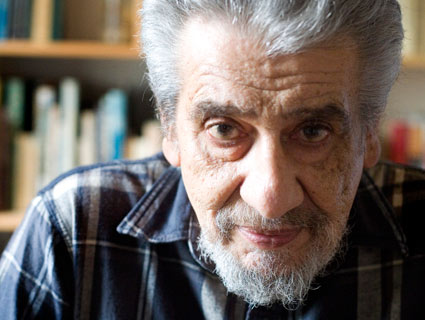 In a dusty living room in Petaluma, California, on a sawhorse table next to a Franklin stove, is the aging computer whose dial-up connection serves as William J. Bennetta’s link to the outside world. From here the 72-year-old former journalist and biologist has been running the Textbook League, a one-man nonprofit that has dissected schoolbooks for factual errors, from typos in the periodic table of elements to flawed explanations of how airplanes fly. “I go after bullshit no matter whence it comes,” he tells me.

In recent years, though, Bennetta’s work has been used primarily to go after a very specific kind of “bullshit”—references to Islam in school textbooks that conservatives find especially offensive. His research has been cited approvingly by Phyllis Schlafly and white supremacist groups. Last fall, religious conservatives on the Texas State Board of Education voted to cleanse the state’s social-studies books of “pro-Islamic/anti-Christian bias,” citing Bennetta’s research (PDF). (He’d criticized a seventh-grade history book that presented the life of Muhammad and other “Muslim religious tales and religious beliefs as matters of historical fact.”)

The irony is that Bennetta’s primary crusade—the one that spurred him to start the League back in 1989—has been against junk science and “creationist claptrap.” His battles with intelligent-design advocates earned him a fellowship at San Francisco’s California Academy of Sciences. So how’d the religious right come to embrace this barrel-chested, pipe-smoking heretic? For one, Bennetta rankles at the idea that the beliefs of any religion might be presented to schoolkids as facts; he’s also criticized the “fake ‘history’ of Jesus and Christianity” in schoolbooks as “fundamentalist propaganda.”

So how’d the religious right come to embrace this barrel-chested, pipe-smoking heretic?

More than a decade ago, Susan Haughton, a self-professed social conservative who sat on Alabama’s social-studies textbook committee, came across Bennetta’s research. She asked him to critique three high-school world history books, which he did, finding them full of “errors, misconceptions, contradictions, and confused passages.” His complaints had nothing to do with religion. Far from it: His main concerns were the books’ overly simple explanations of scientific discoveries by Einstein, Darwin, Galileo, and the ancient Greeks. No matter; he’d played right into Haughton’s hands. “It is no secret that any attempt to defeat textbooks or get offensive books off required reading lists is typically met with loud and inflammatory accusations of censorship,” she later wrote on RestoringAmerica.org. Her solution: Attack the books as factually inaccurate. The Textbook League “is most definitely not a right-wing or conservative organization,” she wrote. “Instead, it is an apolitical organization solely dedicated to the improvement of textbooks, which is why it is uniquely valuable as a credible source.” The tactic worked, and Alabama purged its classrooms of the books.

Right-wing groups are now hip to this game. In February, the Florida Textbook Action Team organized protests against “pro-Islamic, anti-Judeo/Christian bias” in several textbooks that will come up for review later this year. The group insisted, as Haughton did in Alabama, that its motivation is fact-based. “This protest is NOT Anti-Islamic,” it said in a press release. “We are working to ensure that our children learn from textbooks that are accurate, factual, unbiased, and truthful.”

Of course, a more direct approach works, too. Last year in Texas, the education board members who cited Bennetta’s work counted up references to Muslim and Christian beliefs in three social-studies books to support their allegations of pro-Islam bias. One book, they said, included twice as many favorable lines about Islam than Christianity. Those critics “all come from the Christian side,” Bennetta says. “They’re all upset Christianity doesn’t get the attention and respect and blah blah blah.” The Texans never contacted him, and Bennetta says he has no interest in opposing them. “I don’t give a shit. When I publish something, it’s out there. Let them do what they want with it.”

This spring, poor health and scarce funds forced Bennetta to shutter the Textbook League. Yet he’s content to hole up in his clapboard house, far beyond the fray. “You have [Glenn] Beck and all those guys saying whatever they’re saying this week. If you look in the textbooks, you see something very similar,” he says. “What these people do is create a past that never existed and relate it to a present that doesn’t exist.” That’s why this erudite, lifelong science buff spent 22 years watchdogging religious groups—even though he was powerless to keep them from hijacking his work. “Nature doesn’t lie,” he says. “Men do.”