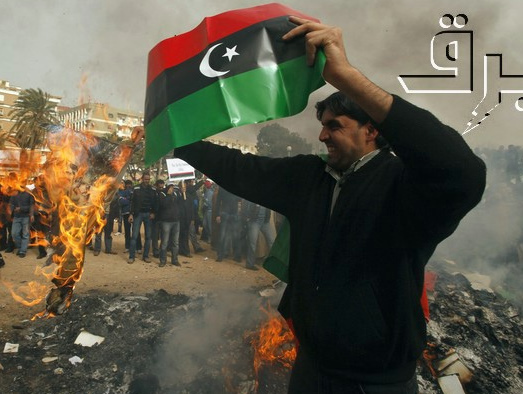 It’s a gloomy Sunday in the Netherlands, and the people who work at a stark, sterile office building 15 floors high at Maanweg 174, The Hague, are kind of freaking out. Yesterday, the email system crashed, again; supersecure documents had to be shared in person, hand-delivered. The language for the press statement hasn’t been finalized. Tomorrow, the Office of the Prosecutor of the International Criminal Court will deliver a 64-page arrest-warrant request for three top Libyan officials. “You’re going to kill us,” the investigations coordinator laughed exhaustedly to the chief prosecutor, Luis Moreno Ocampo, when he said he wouldn’t finish the final changes until the morning of the case’s unveiling. “I’m nervous,” one of the other staffers told her boss. The prosecutor himself is all worked up, too. “This is huge,” he’s been telling me for days. “Huge. Huge.”

I’m here to witness it partly because, Moreno says, I “humiliated” him during our interview two weeks ago in New York. There, I confronted him with information about the ICC’s prosecution of a warlord that he should have known, but didn’t. Ocampo stared at me unhappily for a long time, then said, “Fuck. FUCK. We should do better.” Later, with the ICC getting ready with its high-profile Libya warrants, he offered to bring me back to The Hague—where I’d visited the ICC just a month earlier—to see the court in action. Yesterday, it was his turn to ask questions. Was there anything that would make his argument that members of the Libyan government are perpetrating crimes against humanity more compelling? Should he use the pictures of people literally cut in half by machine-gun fire? When I expressed doubts that I was in a position to provide such advice, Ocampo said I was a stand-in for the global audience to whom he was about to release his case. “You’re perfect,” he said, “because you’re ignorant.”

Although not quite so ignorant as before. I’ll confess that before starting my month of reporting on the independent, international-treaty-based ICC, I had the sense that the court existed mostly just for show. In the nine years since its creation, it has handed down not a single conviction; the first trial commenced in January 2009, and is still going on; the court has no power to arrest anyone and must rely on member states to apprehend often seemingly untouchable figures. Seven of the 23 alleged criminals with warrants or summonses to appear remain at large. But when I was in Congo a few weeks ago, several sources told me that the Congolese warlord whom the court had indicted was terrified of being arrested. The warrant, the sources said, had made him simultaneously more skittish and possibly more interested in killing potential witnesses. When I was in Uganda shortly thereafter, supporters of the recently defeated presidential opposition led protests that the army met with bullets; not everyone was as lucky to escape them as the people running past me down the sidewalk. That night, I listened to Ugandans talk about how the International Criminal Court would be putting all this in the file of their violently repressive president. Somewhere, they reassured themselves, the principle of justice was alive. “Ocampo will be building a case,” my fixer told me.

The case against the Libyans, the prosecutor’s office says, is its strongest yet. One count of persecution, one count of murder constituting a crime against humanity (which means it occurred in the context of a systematic or widespread attack on civilians—in this case, it’s allegedly both). The evidence-collection process sounds like a movie plot: The court collaborated with INTERPOL, which provided immigration lists of Libyans who’d arrived in other countries. The ICC tried to determine, based on the timing of the immigrants’ arrival, which ones might have fled for war-crimes-related reasons. Then ICC investigators were dispatched around the world to track those people down and interview them. (When I tell Ocampo I want that job, he warns that it will crush my spirit. In my current life, when a witness targeted by a warlord promises me that he’ll be murdered if I don’t get him expatriated, I can say, “I’m sorry, I’m sorry, I’m just a reporter.” When Sudanese women drop their babies through the car window of an ICC investigator—insisting that they will die if he doesn’t take them with him, he—under the court’s strict security and confidentiality rules—isn’t even allowed to explain why he can’t.)

Some of the 51 witnesses cited in the Libya indictment didn’t have to be tracked down. Some of them, insiders with direct knowledge of the crimes, tracked the ICC down after Ocampo briefed the Security Council on his plan to request warrants. This is the kind of pressure Ocampo and his office hope will continue building once the warrants are out. “Maybe I’m dreaming,” he said yesterday, but ideally the specter of ICC prosecution will lead to more defections, and eventually a collapse of the regime and/or arrest of the bad guys.

Of course there are those who think this is the stupidest thing they’ve ever heard. “That sounds like total fantasy,” Stephen Rademaker told me yesterday. He was an assistant secretary of state under Bush, and has been one of the ICC’s (many) very vocal critics. Since ICC member parties are obligated to arrest indicted criminals on their soil, he says an ICC warrant against Qaddafi would make the leader way less likely to leave power peacefully. In 2007, he wrote in a Washington Post op-ed that the Security Council’s decision to refer Sudan to the ICC would complicate peace negotiations with Khartoum and exacerbate genocide. He says that diplomats will attest that the ICC’s indictment of president Omar al-Bashir hasn’t halted human rights violations but did indeed make it more difficult to negotiate with Sudan. Indicting Libyan leaders, he says, will result in the same.

Then again, as far as the ICC is concerned, it wouldn’t matter if he were right. The court’s stated principle is that it can’t sacrifice justice for peace. “How many Libyans have to die,” Rademaker asked me, “in vindication of that principle?” War criminals should be prosecuted, he says. But not until the conflict is over, when there’s no chance of the prosecution leading to worse crimes.

The speed with which the Security Council—which must refer a case like Libya’s to the ICC before it can investigate—acted, and the speed with which the ICC moved, is one of the things the prosecutor’s office is most proud of. It’s unprecedented, a radical departure from holding nobody accountable in real time during, say, the Rwandan genocide. In theory, if Qaddafi were indicted, he could be arrested. In theory, if he were arrested and Libyans were no longer being killed, the Security Council would have done a bang-up job honoring its responsibility to protect civilians from crimes against humanity.

At this point, the very controversy over the Libyan indictment shows one thing: The fledgling court has grown into a center of power, whether you believe that its exercise of that power will make things better or worse. And on that score, the Libya case is huge, indeed—its outcome will be a turning point in settling that question.