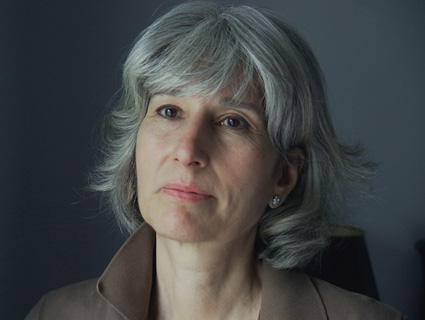 Cody Curtis, who suffered from terminal cancer, took her own life under Oregon's Death With Dignity Act.Photo: HBO

How to Die in Oregon is a powerfully intimate documentary that could (probably) make just about anyone a fierce supporter of a person’s right to stop living on their own terms. The film, directed by 31-year-old Peter D. Richardson, gives viewers a window into the lives of terminally ill Oregonians deciding if and when to end their lives by enacting the state’s 1994 Death With Dignity law.

Richardson says he was inspired to make the film in 2006 when the Supreme Court upheld, after a lengthy legal attack by the Bush administration, an Oregon law that allows a patient given six months or less to live the option to take his or her own life using doctor-prescribed drugs. The rules: the patient must be lucid when they ask for the life-ending medication in front of two witnesses, and when the moment comes, the drugs must be self-administered. Viewers get to see one example of the law in action with the fiesty, geriatric Roger Sagner. He opens the film preparing to die in front of a swath of family and friends. He thanks the voters of Oregon for their wisdom in passing the law, drinks a cloudy glass of lethal medication mixed with water, and then just before he drifts off, says, “It was easy, folks.”

How to Die in Oregon‘s main protagonist isn’t Sagner, though: it’s a graceful woman named Cody Curtis. The 54-year-old wife and mother of two is suffering from liver cancer, and when she is given only a few months left to live, she exercises her right to attain life-ending drugs in case she decides she needs them—she has no interest in more suffering. Curtis’s well-thought out goodbyes—walks with her husband Stan, giving her jewelry to her daughter Jill, cooking with her son “T”—emphasize the dignity this law allows. “I get to decide how I want to leave it with each of them,” she says.

On the other side of the coin is cancer patient Randy Stroup, who is denied a second round of chemotherapy by his health insurance and is horrified to receive a letter from the company that mentions physician-assisted death as an option. “Dignity means to me that you can hold your head up high,” Stroup says. “And I don’t see how anyone can take their own life, and hold their head up high while doing it.”

Giving equal time to “both sides” isn’t Richardson’s first priority (and the film is better for it) but what protestors’ dissent there is gets lost in Curtis’s journey, and in the humbling experience of sharing it with her, even through a screen. “We see this extraordinary period where she’s contemplating what life means to her,” says Richardson in this interview. “She’s essentially making this assessment of, ‘How do I want to live this day, and do I want to be here tomorrow?'”

The film took the grand jury prize in documentary at Sundance this year, and made its small screen debut on HBO Thursday night. It will air again on HBO Sunday at 11 a.m.