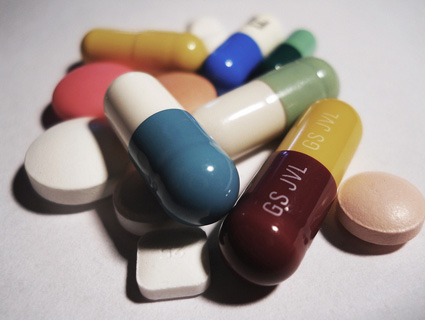 Nursing homes are unnecessarily administering powerful antipsychotic drugs to many elderly residents, including residents with dementia, according to a new report by the Health and Human Services inspector general.

The Food and Drug Administration in 2005 mandated that drug makers issue warning labels on atypical antipsychotics, noting that the drugs—which are generally FDA-approved for treating schizophrenia and bipolar disorder—increase the risk of death for elderly patients with dementia. Yet when the government examined 1.4 million Medicare claims from 2007 for atypical antipsychotics for elderly nursing home residents, the government found that 88 percent of the time, the drugs were prescribed to individuals diagnosed with dementia.

Doctors and nursing homes aren’t the only ones to blame, according to HHS Inspector General Daniel Levinson. The report itself does not specifically examine ties between doctors, pharmacies, and nursing homes, but in a statement accompanying the report, Levinson faulted drug companies for aggressively—and illegally—marketing these products to doctors for treatment of dementia and other off-label uses. (It’s not illegal for doctors to prescribe drugs for off-label uses, but it is for drug companies to promote them as such.)

“Despite the fact that it is potentially lethal to prescribe antipsychotics to patients with dementia, there’s ample evidence that some drug companies aggressively marketed their products towards such populations, putting profits before safety,” Levinson said.

He noted that a number of drug companies have been accused of illegally promoting these drugs off-label to doctors and pharmacies, including those that serve nursing home residents. Some of the lawsuits have settled, but Levin said those settlements alone don’t negate the effects of years of off-label promotion.

“Money can’t make up for years of corporate campaigns that market drugs with questionable benefits and potentially deadly side effects for vulnerable, elderly patients,” according to Levinson.

The report also faulted the Center for Medicare and Medicaid Services (CMS), the agency that oversees Medicare and Medicaid, for failing to hold nursing homes accountable for unnecessary use of antipsychotic drugs. Unnecessary uses can include inadequate rationale for using the drug as well as excessive doses, excessive duration, and inadequate monitoring of patients to whom the drug was given.

The report notes that the federal government paid more than $116 million for claims that violated Medicare reimbursement criteria. These claims were only for the first half of 2007.

The inspector general recommends that CMS assess its safeguards for preventing unnecessary antipsychotic drug use in nursing homes. The agency acknowledged that better controls were needed. In a letter to the inspector general, CMS Administrator Donald Berwick wrote that the agency is “very concerned about the nature of the contractual arrangements” involving nursing homes, the doctors and pharmacies that serve them, and pharmaceutical manufacturers.

We’ve reported on some of those ties in our series, Dollars for Docs. In particular, we highlighted the case of a psychiatrist who served Chicago-area nursing homes and made nearly a half million dollars promoting AstraZeneca’s best-selling antipsychotic.