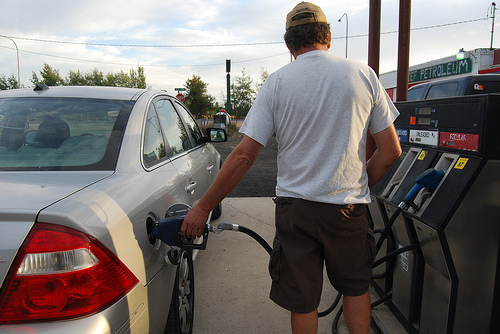 If you drive, you don’t need me to tell you that gas prices are going up. And with that recurrent phenomenon, the congressional debate about what to do is revived. In 2008, the Democratically-controlled Congress let the moratorium on drilling in the outer-continental shelf expire amid hysteria about $4 gasoline. This year, the drilling debate is back in action as House Republican leadership calls votes this week on a set of bills that would expand offshore drilling while at the same time lowering environmental standards.

The House passed the first of the bills, H.R. 1230, or the “Restarting American Offshore Leasing Now Act,” on Thursday afternoon. This measure reopens lease sales for the areas of the outer-continental shelf in the Gulf of Mexico and off the coast of Virginia that were canceled after the BP spill last summer. It does so without requiring any further environmental analysis, despite the fact that the Gulf disaster last year raised some pretty real questions about impacts of a potential spill. The other two bills, which are also expected to pass, would open new areas for drilling in the Atlantic, Pacific, and Arctic oceans; speed up the process of approving drilling permits; and offer economic incentives for oil companies to use seismic technology to survey for oil reserves.

I guess it’s worth repeating that drilling in every orifice of the United States isn’t going to do a damn thing to lower gas prices anytime soon, even if you wouldn’t know that from listening to spin on these bills.

The question is whether these bills will go anywhere. Given the Senate’s inability to pass much of anything, I would guess no. The White House also issued a statement of administrative policy on Thursday opposing two of the bills and saying that the proposed changes would “undercut” reforms made since last year’s spill.

But as E2Wire points out, the White House didn’t actually say the president would veto the bills, and the administration maintains that it does want “safe and responsible” offshore drilling expansion. So yes, just a year after the Gulf disaster, we are again debating offshore drilling as if it were not only safe but also a miracle cure for high gas prices.