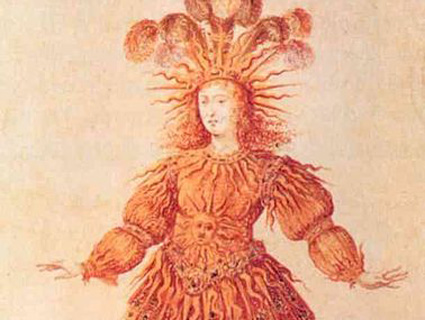 The killing of Osama bin Laden, “a testament to the greatness of our country” according to President Obama, should not be allowed to obscure a central reality of our post-9/11 world. Our conflicts in Iraq, Afghanistan, Pakistan, Yemen, and Libya remain instances of undeclared war, a fact that contributes to their remoteness from our American world. They are remote geographically, but also remote from our day-to-day interests and, unless you are in the military or have a loved one who serves, remote from our collective consciousness (not to speak of our consciences).

And this remoteness is no accident. Our wars and their impact are kept in remarkable isolation from what passes for public affairs in this country, leaving most Americans with little knowledge and even less say about whether they should be, and how they are, waged.

In this sense, our wars are eerily like those pursued by European monarchs in the seventeenth and eighteenth centuries: conflicts carried out by professional militaries and bands of mercenaries, largely at the whim of what we might now call a unitary executive, funded by deficit spending, for the purposes of protecting or extending the interests of a ruling elite.

Cynics might say it has always been thus in the United States. After all, the War of 1812 was known to critics as “Mr. Madison’s War” and the Mexican-American War of the 1840s was “Mr. Polk’s War.” The Spanish-American War of 1898 was a naked war of expansion vigorously denounced by American anti-imperialists. Yet in those conflicts there was at least genuine national debate, as well as formal declarations of war by Congress.

Today’s ruling class in Washington no longer bothers to make a pretense of following the letter of our Constitution—and they sidestep its spirit as well, invoking hollow claims of executive privilege or higher callings of humanitarian service (as in Libya) or of exporting democracy (as in Afghanistan). But Libya is still torn by civil war, and Afghanistan has yet to morph into Oregon.

“Enlightened” War, Then and Now

History does not simply repeat itself, yet realities of power, privilege, and pride ensure certain continuities from the past. Consider how today’s remote wars and the ways they reinforce existing power relations for a privileged and prideful elite echo a style of European warfare more than three centuries old.

Surveying the wreckage of the devastating Thirty Years’ War (1618-1648), fought feverishly across Germanic territories by most of Europe, monarchs like Louis XIV of France began to seek to fight “limited” wars. These they considered more consistent with the spirit of a rational and “enlightened” age. In their hands, such wars became the sport of kings, the real-life equivalents of elaborate chess matches in which foot soldiers drawn from the lower orders served as expendable pawns, while the second or lesser sons of the nobility, fulfilling their duty as officers, proved hardly less expendable knights, bishops, and rooks.

As much as possible, the monarch and his retinue tried to keep war-making and its disruptions at a distance from thriving economic and manufacturing concerns. In many cases, in the centuries to follow, this would essentially mean exporting war to faraway, “barbaric” realms or colonies. In the process, death and destruction were outsourced to places and peoples remote from European metropoles.

In fact, this was precisely what enraged our founders: that the colonies in America had become a never-ending battleground for French and British imperial ambitions from which the colonists themselves reaped the whirlwind of war while gaining few of its benefits. A close reading of the Declaration of Independence, for instance, reveals a proto-republic’s contempt for wars fought at a king’s whim and guaranteed to reduce the colonists to so much cannon fodder.

Refusing to surrender the hard-fought right as British men to have a say in how they were taxed, how their families and lands were defended, and especially for what purposes they themselves fought and died, the founders forged a new nation. Given this history, it’s not surprising that they granted to Congress, and not to the President, the power to declare and fund war.

In this way, a noble experiment was born, and it worked, however imperfectly, until the devastation of a new thirty years’ war in Europe (better known as World Wars I and II) propelled the United States to superpower status with all its accompanying ambitions stoked by existential fears, whether of yesterday’s godless communists or today’s god-crazed terrorists.

Inside the Washington Beltway: The New Court of Versailles

In the eighteenth century, France was the superpower of Europe with a military that dwarfed those of its neighbors. And who dictated France’s decisions to go to war? The answer: the king, his generals, and his courtiers at the Court of Versailles. In the twenty-first-century, the US celebrates its status as the world’s “sole superpower” with a military second to none. And who dictates its decisions to go to war? Considering the lessons of Iraq, Afghanistan, and now Libya, the answer is no less obvious: the president, his generals, and his courtiers within the vast edifice of Washington’s national security state.

France’s “enlightened” wars were fought by professional armies and mercenaries, directed by a unitary executive who did as he pleased, and endured by the lower orders who had no say (even though they provided the brawn and blood). Similarly, our twenty-first century masters plunge us into their version of enlightened wars and play their version of global chess matches.

The analogy can be pushed further. In pre-revolutionary France, the First and Second Estates (the clergy and the nobility) constituted less than 2% of the population but controlled nearly all of France’s wealth and power. Their unholy alliance kept the Third Estate (everyone who wasn’t a churchman or a noble) under their collective thumb.

Now, consider the United States today. Our equivalent to the First Estate would be the clergy of finance and banking (the religion of the almighty dollar). Look for them in their houses of worship on Wall Street. Our Second Estate equivalent would be the movers and shakers inside Washington’s Beltway. Look for them in the White House, the Pentagon, Congress, and on K Street where the lobbyists for the First Estate tend to congregate. The unholy alliance of these two estates leaves the American Third Estate—you and me—with the deck stacked against us.

When it comes to war, the American ruling class has relegated the members of its Third Estate alternately to the role of “foreign legionnaires” in overseas service, or silent spectators passively watching moves on the big board. These, in turn, are continually interpreted for us by retired members of the Second Estate: generals and admirals in mufti, hired by the corporate media to provide color commentary on Washington’s wars.

Small wonder that today’s Beltway elite is as imperious and detached as yesterday’s Court of Louis XIV. A colleague of mine recently endured a short audience with some members of our Second Estate near Dupont Circle in Washington. In his words: “They were at once condescending and puzzled by ‘tea party types,’ as they referred to them, which was to say that they inadvertently admitted to being out of touch and were pretty okay with that. ‘Look,’ I finally said, ‘you cannot continue to pick someone’s pocket while hectoring him about how stupid and uninformed he is and then be surprised that he gets angry.'”

Whether it be unwashed “tea party types,” “retarded” (according to ex-courtier Rahm Emanuel) progressives, or other members of a disgruntled American Third Estate, the Washington elites who wage war in our name simply couldn’t care less what we think, just as Louis XIV and his court couldn’t have cared less about their subjects’ desires.

Endless “limited” wars fought for the interests of the ruling class, massive deficit spending on those wars, a refusal to recognize (or even understand) the people’s growing disgruntlement, a “let them eat cake” mentality: all of this is familiar to a historian. And like those old French masters of limited war, our new masters of war are hemorrhaging legitimacy.

The Crash and Burn of Old Regimes

In isolating the American Third Estate from war—indeed, in disengaging it from any meaningful public debate about this nation’s perpetual war-making—our rulers have conspired to advance their own interests. Yet in deciding everything of importance out of view, they have unwisely eliminated any check on their folly.

Consider again the example of pre-revolutionary Versailles. A top-heavy, remarkably dissolute, and openly parasitic bureaucracy plundered the commonweal of France in its pursuit of power and privilege. Can we not say the same of Washington today? In its kleptocratic tendency to enrich itself and its accountability-free deployment of military power globally, the American ruling class bears a certain resemblance to French kings and their courts which, in the end, drove their country to economic ruin and violent revolution.

Fed up with its prodigal and prideful rulers, France saw the tumbrels roll and the guillotine blades drop. How many more undeclared “enlightened” wars, how many more trillions of dollars in war-driven debt, how many more dead and wounded will it take for the American people to reclaim their power over war? Or are we content to remain deferential to our ruling class and court—and to their less-than-liberty-loving overseas creditors—until such a time as their prideful wars and prodigal trillion-dollar-plus “defense” budgets bring our great democratic experiment crashing down?

William J. Astore is a TomDispatch regular, a retired lieutenant colonel (USAF), and a professor of history. He welcomes reader comments at wjastore@gmail.com. To stay on top of important articles like these, sign up to receive the latest updates from TomDispatch.com here.