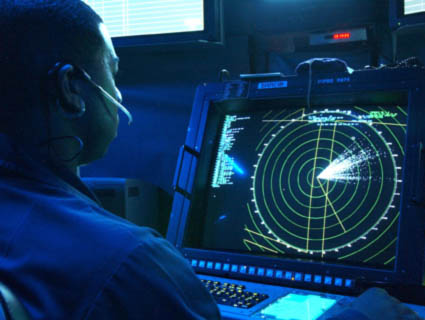 In the wake of those incidents, one Federal Aviation Administration official resigned and the agency began requiring more than one controller to be on the job late at night, a change the controllers’ union had long advocated. But the FAA also sought to deflect much of the blame onto the controllers themselves. “Over the last few weeks we have seen examples of unprofessional conduct on the part of a few individuals that have rightly caused the traveling public to question our ability to ensure their safety,” said FAA chief Randy Babbitt. “This conduct must stop immediately.” The government also dismissed independent safety experts’ recommendation that controllers be allowed to take short naps on the job. “We’re not going to pay controllers to nap,” scoffed Transportation Secretary Ray LaHood.

Air traffic controllers respond that there aren’t enough of them to keep up with the soaring amount of air traffic—a problem that they say will be compounded by the new staffing rules. There are currently around 15,700 controllers on duty, but turnover is high: 7,600 controllers left the job or died between 2005 and 2010. (The mandatory retirement age for controllers is 56.) Last year, more than one-quarter of controllers were trainees.

Veteran air traffic controller Steven Wallace agrees that people are the key to keeping the skies safe. “Even with the best computer in the world, human experience will see beyond what the computer can see,” he says. Yet as he’s seen during his 20 years on the job, burnout comes with the territory, especially as controllers are expected to handle more shifts and more planes. Wallace works at Florida’s Miami Air Route Traffic Control Center, where one of his colleagues was suspended last month after being caught napping. He offered Mother Jones an inside look at the complexity of trying to keep the skies safe.

Steven Wallace: From November to May all the snowbirds come down to Florida. On some days it will be mundane, then the weather changes and all of a sudden every airplane in the world wants to go through one little bitty hole in the clouds. You are dripping sweat so bad it stains your shirt.

One day after Christmas, our computer system got gummed up with too many flights, as sometimes happens. It made it harder for me to track some of the 30 airplanes that I had on frequency—almost double what we’d handle on a heavy day 15 years ago. And I was talking so fast! It’s like playing ping-pong with 10 people. As I was issuing a clearance to somebody, four of them tried to read it back.

“One guy was 38. He went home after a really long day, poured himself a drink, sat down in his armchair, and died.”

I told them to get somebody else to help me track all these airplanes. And then as I sat up in my chair to reposition myself, I totally lost the picture. I’m like, Oh shit. There were five pieces of the puzzle that I was juggling and I couldn’t remember where they were going. The backup guy saved me. But in the six years since we developed a severe staffing shortage, that kind of backup hasn’t always been available.

My father was an air traffic controller. The famous air traffic strike that he joined in 1981 wasn’t about pay, it was about staffing levels, scheduling, and more than anything about getting better equipment—making things safer for people who fly. As those technology changes have slowly come, so has new kinds of productivity. But even the newer equipment can’t totally replace us.

One of our computer systems, the User Request Evaluation Tool, takes the information in the flight plan and it projects it way out. It says, Okay, these airplanes are going to be in conflict with one another in awhile. The younger controllers with less experience rely on it, but I’m looking at the radar screen or a set of strips and saying, You gotta do something about this. And they go, Why? —Because trust me, this is gonna be a problem in a minute. And sure enough, five minutes later, there is a problem. Even with the best computer in the world, human experience will see beyond what the computer can see. And that’s your double-edged sword.

Wind, altitude, weather: All of those things have an effect, and when you pile them all up that is when you really start to get into the complexity of what we do. You make a thousand decisions a day. Any one of them could not only cost you your job, it could cost lives or money. Even simple things like: I’m tired, I don’t feel like trying to run these guys as tight today as I should, I need to space it out a little bit because I’m not feeling good and I don’t want to make a mistake. If you stretch out a line of airplanes from five miles in trail to eight miles in trail, you may have just cost an airline a thousand dollars. And somebody is looking over your shoulder going, Hey, why are you doing this?

Now with all the publicity about fatigue issues, more facilities are doubling up on controllers. Well, where did that second person come from? They don’t have enough guys, so some other shift is now short to backfill the midnight shift. For some people, it has made an unsustainable situation even worse.

My regular routine is two night shifts, a midday shift from, say, 9 a.m. to 5 p.m., a day shift the next day from 6 a.m. to 2 p.m., and then spin around that next night and come in and work the midnight shift from 10 p.m. to 6 a.m. So how do you fit in coaching somebody’s softball team or the PTA when you work that kind of shift work? You try to squeeze it in like anybody else would do, and you do the best you can. Something suffers along the way. Sometimes it’s your home life or your relationship with your wife, and sometimes it’s the job at hand. I thought that by now I’d have the opportunity to have maybe a week off during Christmas or have Saturdays to spend with my three-year-old. That hasn’t happened.

I can’t tell you about all the suicides and the accidental deaths where I work. One year we lost more than a tenth of our controllers due to burnout. One guy was 38. He went home after a really long day, poured himself a drink, sat down in his armchair, and died.

Stress hurts your body. When my dad retired in his late 50s he looked like he was 90 years old. I’m only 45 and when I visit old friends they go, You look from a distance like you are physically healthy, but when I see you up close… And it bothers me because I love the job, and I’ve made this commitment that I’m going to see through to retirement, I hope. But at what cost?

There was a situation two years ago with a controller who was tired and overloaded with airplanes. I got asked to go in and be that extra set of eyes. The moment I plugged in my headset, the person that I was coming in to help went down. They had totally lost it and made a major series of mistakes with one bad clearance. One sentence. And that is the reality.

Edited for length and clarity.