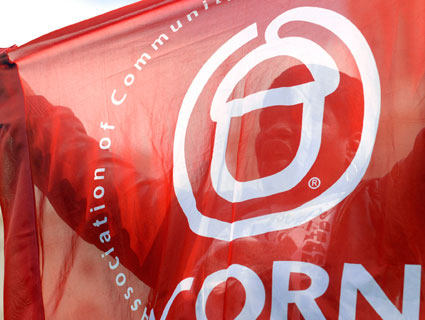 Late Friday night, Republicans and Democrats agreed to a last-minute deal to avert a shutdown and fund the government through the rest of the 2011 fiscal year, which ends on September 30.

The Republicans got $38.5 billion in cuts, but dropped many of the policy “riders”—add-on provisions restricting how money can be spent—that social conservatives (who wanted to restrict abortion rights) and big business (which wanted to prevent the Environmental Protection Agency from regulating greenhouse gases) had sought.

Planned Parenthood, a major target of social conservatives, was able to avoid losing the federal funding that it receives through a law called Title X (“title ten”) for cancer screenings, birth control, and other non-abortion health services. Democrats were also able to kill a provision that would have prevented any federal money from going to the organization.

The fight was a study in the priorities of the modern Democratic party. Planned Parenthood, remember, was subjected to almost the same attack that ACORN, an organization that specialized in registering and organizing poor and minority voters, faced in 2009.

The story started the same for both ACORN and Planned Parenthood. First, James O’Keefe executed a series of “sting” operations. Then O’Keefe and his team selectively edited the videos. In both cases, the media fell for it, and congressional Republicans moved to defund the organizations. (We have a chart of all of O’Keefe’s sting operations—successful and otherwise.)

But once Congress got involved, the two groups’ paths diverged radically. What happened next says a lot about DC politics.

ACORN, which had little or no political constituency among big Democratic party funders, lost almost all of its support in Congress. Bills defunding the group passed easily, and it soon folded.

Planned Parenthood and its allies, however, are a key part of the Democratic party infrastructure. Abortion rights is a key issue for many big Democratic donors, and many Democratic members of Congress are elected with significant backing from pro-choice groups like EMILY’s List. Abortion rights affect everyone. But to put it bluntly, big Dem donors care a lot more about abortion rights than they do about community organizers in inner cities.

Social conservatives in the House did win one victory in the budget fight. They were able to resurrect a restriction, killed by Democrats in 2009, that prevents the District of Columbia from using locally raised money to subsidize abortions for low-income women. The Susan B. Anthony List, which opposes abortion rights, told supporters this move would save “1,000 innocent, unborn children,” while Planned Parenthood’s Cecile Richards said she was “deeply disappointed.”

But even here, the hard logic of political math was in evidence. Senate Democrats needed a deal—they realized that government shutdowns generally hurt the approval ratings of all legislators. But House Republicans had to have something to give to the social conservatives. The DC abortion restriction—scrapped in a hard-won victory for abortion rights advocates just two years ago—was the obvious choice. DC doesn’t have a vote in Congress, and it seems hard to imagine that abortion rights supporters are going to stop giving to Democrats because a couple hundred poor women in DC can’t afford abortions.