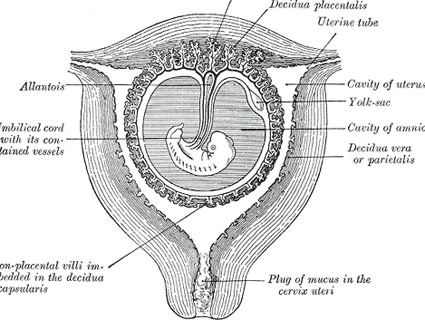 A week ago, the Florida GOP scolded Rep. Scott Randolph (D-Orlando) when he used the word “uterus” on the statehouse floor. We at Mother Jones couldn’t figure out what was wrong with the word, and why it wasn’t deemed worthy for public. So Jen Phillips penned a limerick in response, calling on readers to post their own reactions to the Florida GOP’s buffoonery. Here are some of our favorites:

A Florida Rep. shouted with rage,
“We can’t use those words near a page.
I’m convinced by my work
We were brought by the Stork!”
Now please put that Rep. back in his cage.

To Womb it May Concern:

The word uterus is naughty, you see
Not for use in polite company
They’ve deprived half the nation
Of sex education
Now it burns whene’er they GO P.

While demagogues Stately and Clerical,
encourage their gals to get spherical
they won’t lessen its stature
with crass nomenclature
to use Uterus makes them hysterical.

I’d quiver to think what they’d to us
dare we mention that naughty word uterus
we can pillage, rape, maim but not mention that name
of the place whence we came fore you knew of us

Some words are a source of dissension.
They require a thorough preemption.
Now the Reps are all riled
’bout the fetus who filed
A uterine homestead exemption.

The Republicans don’t like my uterus.
Revelations like these aren’t new to us.
They don’t care for humanity,
They’ve lost their sanity—
We ALL came from one—unum e pluribus?

To reject a word such as uterus
I find nothing short of ludicrous
Does not the blessing of birth
Define a woman’s self-worth
What more can the GOP to do us?