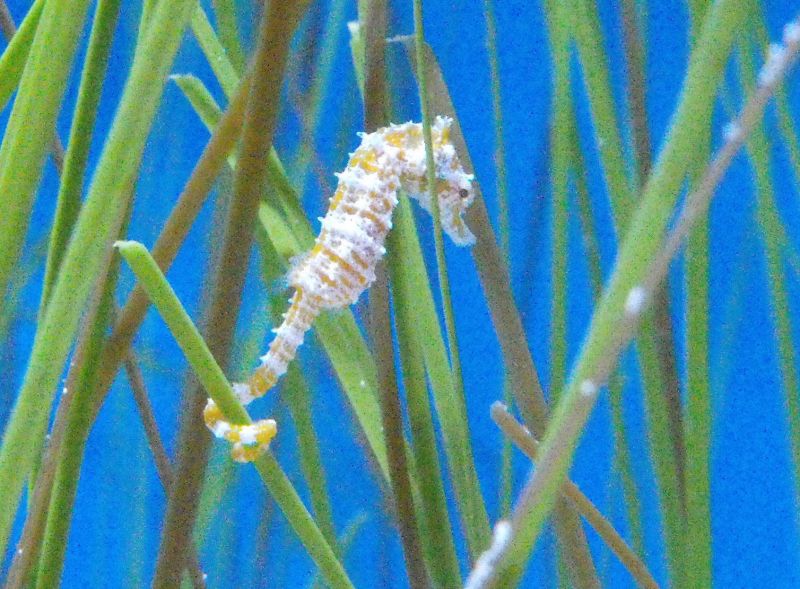 The Center for Biological Diversity filed a petition on Wednesday seeking Endangered Species Act protection for the dwarf seahorse (Hippocampus zosterae)—a victim of myriad troubles in its tiny world:

These one-inch-long (2.5-centimeter-long) seahorses live only in the shallow seagrass beds of the Gulf, off Florida, and in the Caribbean.

Long before BP unleashed its oil and dispersants, all three regions had been hard hit by destructive fishing practices, lousy boating practices, and pollution. Since 1950, Florida has lost more than half—in some places more than 90 percent—of its seagrass beds. The numbers aren’t a whole lot better for the rest of the Gulf. 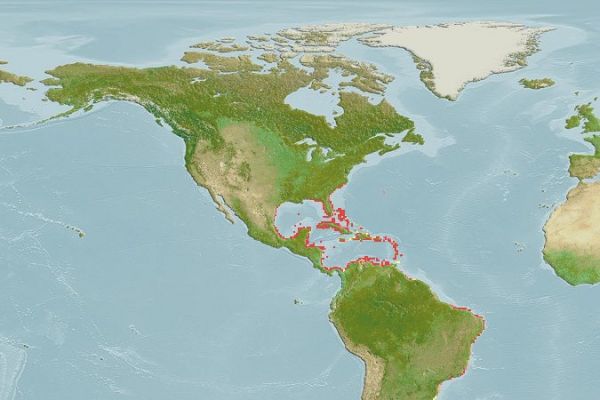 Range map of the dwarf seahorse, Hippocampus zosterae. From FishBase.org.

There are no published data about population trends or total numbers of mature animals for this species. There is very little available information about its extent of occurrence or its area of occupancy. There have been no quantitative analyses examining the probability of extinction of this species. As a result, we have insufficient data to properly assess the species against any of the IUCN criteria, and propose a listing of data deficient.

This species may be particularly susceptible to decline. The information on habitat suggests they inhabit shallow seagrass beds that are susceptible to human degradation, as well as making them susceptible to being caught as bycatch. All seahorse species have vital parental care, and many species studied to date have high site fidelity, highly structured social behaviour, and relatively sparse distributions. The importance of life history parameters in determining response to exploitation has been demonstrated for a number of species.

Dwarf seahorses can’t live anywhere but in seagrass. They live only a single year. Whether we have data or not, the truth is BP probably took out most of the 2009 year-class and its 2010 year-class offspring in the northern Gulf last year.