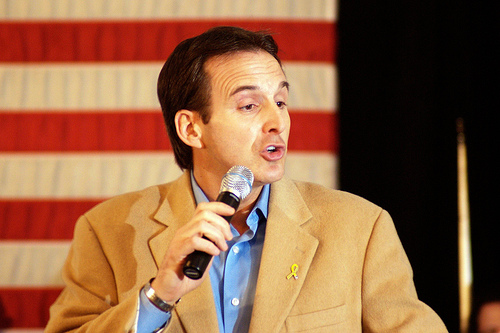 To no one’s surprise, former Minnesota Governor Tim Pawlenty will announce this afternoon that he’s creating a presidential exploratory committee, the first official step toward a bid for the White House. The Associated Press reports that Pawlenty will make the announcement on his Facebook page this afternoon. His official entrance into the race makes him the second Republican to do so behind former House speaker Newt Gingrich.

By filing with the Federal Election Commission to launch an exploratory committee, Pawlenty can ratchet up his campaign fundraising, which is limited for presidential aspirants who haven’t officially declared their intention to run. Pawlenty’s operation can also start to hire more campaign staffers, the bulk of which will reportedly be headquartered in Minnesota’s Twin Cities, Minneapolis and St. Paul. According to polls, Pawlenty has his work cut out for him in the 2012 race.

A survey from late January by Public Policy Polling showed Pawlenty trailing Republicans Mike Huckabee, Sarah Palin, Mitt Romney, and Newt Gingrich in popularity. And in a match-up with President Obama, Pawlenty would lose out by a wide margin, showing he has quite a ways to go before seriously challenging for the presidency.