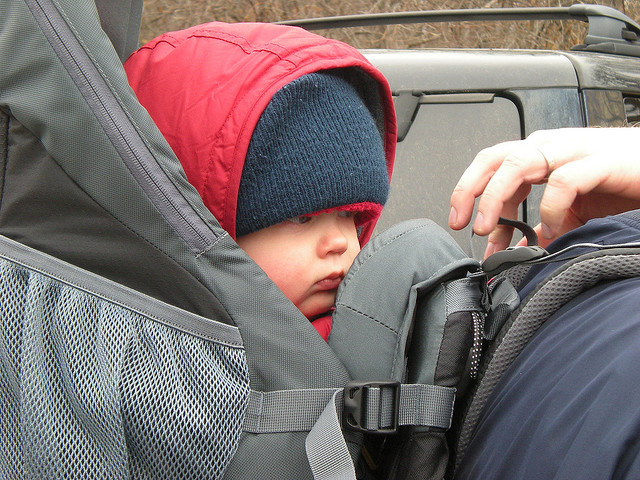 Last summer, Rep. Louie Gohmert (R-Tex.) introduced America to the idea of “terror babies,” the chilling process in which pregnant terrorists come to the United States to have children, which then become American citizens, and, presumably, little terrorists themselves. Think of them as the reverse Brangelinas. It’s a really convoluted and time-consuming way to wage jihad, to be sure, but when your goal is to destroy Western Civilization, you’ll stop at nothing.

The whole terror baby scare has fizzled a bit in months since Gohmert made his announcement on the House floor, but as Adam Serwer notes, it’s returned with a vengeance—and footnotes. The Center for Immigration Studies, a legit-sounding organization aimed at restricting both legal and illegal immigration, is out with a new report targeting the 14th Ammendment—and more specifically, the possibility babies that have been granted birthright citizenship could one day grow up to become terrorists:

Imagine a young man born in the United States of non-immigrant parents and taken away at a very early age, reared in Waziristan, educated in Islamist madrassas and trained in the fundamentals of terror at one of the many camps in Southwestern Asia; someone who has flown under the radar of U.S. and foreign intelligence agencies and is therefore unknown to them. He would be entitled to walk into any American embassy or consulate worldwide, bearing a certified copy of his birth certificate and apply for — indeed, demand — a U.S. passport. That passport would entitle him to enter and reside in the United States whenever and wherever he chose, secretly harboring his hatred, an unknown sleeper agent of al Qaeda or any of the other multitude of terrorist organizations with an anti-Western bias and a violent anti-American agenda, waiting for the call to arms.

The full report is here. The author, “a retired government employee,” writes under a pseudonym, which is also something of a trend. When Texas State Rep. Debbie Riddle spoke with CNN’s Anderson Cooper about the “critical issue” last summer, she cited information from former FBI agents, whom she also refused to name. “At this point, I’m not going to reveal that,” Riddle explained. Gohmert, likewise, refused to give up his sources, choosing instead to compare Cooper to Neville Chamberlain.

So, is there anything to it? Well, no. In the spirit of bi-partisanship, I’ll just direct you to this epic takedown of the anti-Birthright Citizenship crusade, from the folks at Reason.