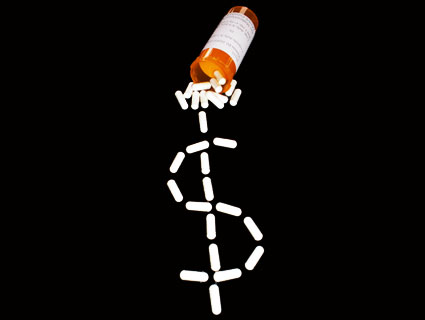 Republicans have a new target, and its name is Medicaid. A few weeks ago, at the sidelines of the budget debate, Republicans quietly began to float proposals to roll back this health care program for the nation’s most vulnerable. In Washington this week, those under-the-radar whispers grew to a roar as GOP governors called on Congress to let them have their own way with the program.

As it stands now, states receive a percentage of their Medicaid money from the feds—based on the size of their beneficiary pool, among other factors. In exchange, they must follow guidelines governing minimum benefits they must offer and who must be eligible. Under health care reform, more than 12 million Americans will join the Medicaid rolls, and states will no longer be able to skimp on benefits.

Republicans have responded by reviving an old idea. They are pushing for an alternate system of block grants in which states would receive a fixed amount of federal money and be free to administer care as they see fit—which could include significantly scaling back their programs should they so chose.

Rep. Cathy McMorris Rodgers (R-Wash.), the fourth highest-ranking Republican in the House, is at the forefront of the push in Washington. She’s currently examining a proposal that would let states opt out of existing Medicare and into some such alternate setup. “The key is flexibility,” she told Mother Jones, employing the GOP’s latest buzzword. “Perhaps those who want to stay with the current system could do so,” the congresswoman adds. “Those states that want a different option could do so, with the flexibility. We need to work on it.”

The GOP has been pushing for Medicaid block grants ever since the Clinton era, but has been unable to overcome protestations from Democrats decrying their efforts as attacks on the poor. This notion of “opt-out/opt-in” may have a better chance of attracting support from conservative Democrats, and also Republicans concerned about cutting entitlements in states with politically significant numbers of Medicaid beneficiaries.

McMorris Rodgers says she’s encouraged by her own state’s Democratic governor, Christine Gregoire, who chairs the National Governors Association. While a strong supporter of federal health care reform, Gregoire convinced the Obama administration to exempt Washington state from certain Medicaid rules. She has also echoed the call of Republican governors demanding the right to take full control of their programs—and scale them back if need be. “She’s had to make some very difficult decisions and she needs the flexibility,” says McMorris Rodgers, noting that Gregoire has already slashed certain dental and vision benefits to keep Medicaid solvent.

“The least attractive of those tools is to just cut people off the program,” Jonathan Seib, a health policy adviser to Gregoire, told the Wall Street Journal this week. “But it’s an authority we’d like to have.” Democratic governors from blue states like Delaware are toying with similar notions. “My goal is to be working with the governors, Republican and Democrats, to come up with a solution,” says McMorris Rodgers.

On Tuesday morning, Rep. Fred Upton (R-Mich.), chair of the House Energy and Commerce Committee, brought governors in to testify, giving the GOP some momentum on the Medicaid issue. Gov. Haley Barbour (R-Miss.) testified that the expansion of benefits under health care reform would bankrupt his state, “eliminate much of the private health insurance in Mississippi,” and “absolutely make a very large tax increase necessary.”

Barbour insisted that GOP-led reform wouldn’t necessarily mean kicking people off the rolls. But he blasted federal changes that would force states like Mississippi to enrich bare-bones benefit packages and bring more people on board. “We don’t want extremely high mandatory standard benefits packages,” he testified. “Some politicians act like they love our constituents more than we do.”

Echoing his party’s new talking points, Barbour said Mississippi would be willing to take just half the increase in federal money for Medicaid in exchange for the ability to cut benefits and make other changes to the program. A handful of other governors—”more than you can count on one hand, bigger than a breadbasket,” he added—were willing to make the same pledge.

Some Democrats are rallying to the defense. Rep. Lois Capps (D-Calif.) reminded Barbour that Mississippi has the nation’s highest infant mortality rate—and that newborns in his state would be at greater risk if benefits for their mothers were slashed. “It’s going to be tempting for states to do so,” she said. If states had so much leeway, added Rep. Frank Pallone (D-N.J.), it would threaten healthcare “for vulnerable Americans when they need it most.”