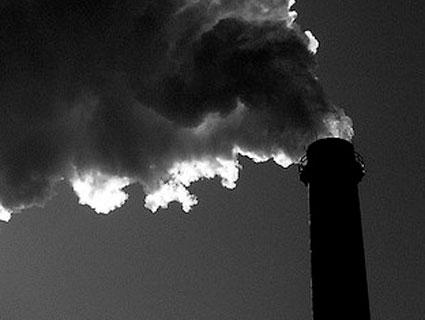 Can the 112th Congress officially claim the mantle of “most anti-science” ever? So says Rep. Henry Waxman (D-Calif.), a 36-year veteran of congressional wrangling over environmental matters. Even the contentious fights over issues like the 1990 Clean Air Act amendments pale in comparison to the environmental battles of the current Congress, the 71-year-old lawmaker noted earlier this week: “I’ve never been in a Congress where there was such an overwhelming disconnect between science and public policy.”

It’s not just that the House GOP is pushing—and will likely pass—a bill that would bar the Environmental Protection Agency from regulating planet-warming emissions and nullify the agency’s scientific finding that those gases endanger human health. Congressional Republicans have mounted an all-out assault on the EPA, pushing a lengthy list of measures to handcuff the agency from exercising its regulatory authority. For good measure, they are also trying to slash the agency’s budget by a third.

The continuing resolution—the seven-month measure to fund the federal government, which the House passed on February 19—included 19 separate riders that have almost nothing to do with cutting the deficit and everything to do with derailing the EPA’s regulatory clout. These provisions would block the agency from issuing regulations on particulate pollution, emissions from cement plants, and emissions of mercury, arsenic, and other toxic pollutants from coal-fired power plants. The riders would also restrict oversight of mountaintop-removal coal mining, block pending regulations on coal-ash disposal, and bar the EPA from moving forward with its plan to clean up the Chesapeake Bay and other national waterways.

Taken as a whole, says Franz Matzner, climate and air legislative director at the Natural Resources Defense Council, the House GOP’s EPA onslaught represents “a cut-by-cut attack on fundamental public health laws.” Beyond the specific riders blocking the agency from issuing new regulations, he says, the “draconian cuts” would mean fewer environmental officials on the ground to ensure that existing regulations are being upheld.

“This is the most anti-science body since the Catholic Church ostracized Galileo for determining that the earth revolves around the sun,” says Rep. Ed Markey (D-Mass.).

The most immediately consequential, should it become law, is the Republican rider blocking the EPA from issuing new emissions rules for coal-fired power plants. The rule, which the EPA is under a court order to issue by March 16, would mark the next stage in a 20-year fight; the Clean Air Act amendments that were passed in 1990 identified 189 hazardous pollutants, but exempted coal-fired utilities from the emissions standards that other large industrial sources were required to meet. The courts threw out a Bush-era bill that would have dealt only with mercury pollution in 2008, forcing the Obama EPA to issue new, more comprehensive rules for these power plants.

Coal-fired power plants are responsible for more than 40 percent of mercury pollution in the US and 386,000 tons of hazardous air pollutants every year, according to the EPA. Public health advocates have high hopes for the new EPA rules on toxic emissions, which would be the first federal standards. Without limits on those pollutants, says Janice Nolen, assistant vice president for national policy and advocacy at the American Lung Association, “People die. Bottom line.”

The fight over the EPA’s regulation of greenhouse gases under the Clean Air Act took center stage this week, with two hearings by the House energy and power subcommittee. On Tuesday, the panel held a hearing on climate science at the request of Democratic members. The session boiled down to the Republican members dismissing concerns over human-induced global warming and the Democrats accusing them of sticking their heads in the sand. Republicans, meanwhile, are trying to deflect that claim, with cosponsor Ed Whitfield (R-Ky.) declaring at Tuesday’s hearing that their bill is “not about global warming science—it’s about stopping regulations that are going to do more harm than good.”

The hearing was mostly theater, as was Thursday’s markup of the bill to strip the EPA of its authority to regulate greenhouse gas emissions. Democrats on the committee don’t have the votes to block the legilation. They didn’t even attempt to offer any amendments. Instead, their strategy is primarily to push the message that Republicans are ignoring science.

And Democrats sure are hammering the point home. While Waxman may have accused Republicans of presiding over the “most anti-science” Congress in history, Rep. Ed Markey (D-Mass.) tells Mother Jones that his colleague’s characterization doesn’t even go far enough: “This is the most anti-science body since the Catholic Church ostracized Galileo for determining that the earth revolves around the sun.”