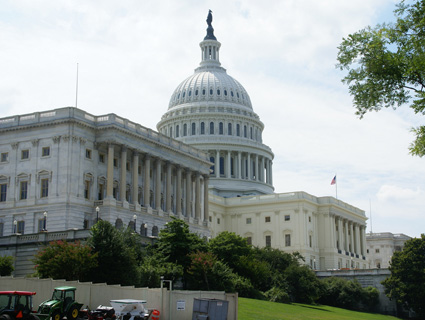 Last week, Mother Jones’ Nick Baumann broke the story on Chris Smith’s “No Taxpayer for Abortion” Act, which would rule out federal assistance for abortions in many rape cases, including instances of statutory rape. For years, federal laws restricting the use of government funds to pay for abortions have included exemptions for pregnancies resulting from rape or incest. But Smith’s bill contained a provision that would limit the rape exemption to “forcible rape,” ruling out federal assistance for abortions in many rape cases—such as statutory rape—in which force was not involved or could not be proved. “It is absolutely outrageous,” said Rep. Debbie Wasserman Schultz (D-Fla.). “I consider the proposal of this bill a violent act against women.”

Now, Smith has retreated, excising the “forcible” rape language from the bill, reports Politico. “The word forcible will be replaced with the original language from the Hyde Amendment,” Smith spokesman Jeff Sagnip says, referring to the ban on the federal government paying for abortions that’s been in place since 1976.

The GOP effort to rewrite the meaning of rape incited a Twitter campaign of protest (using the hashtag #dearjohn). Editorial pages and columnists protested. Progressive groups initiated a crusade to kill the bill. And The Daily Show, of course, got in the act (around 9:15) too. MoveOn.org launched a petition against the bill, saying Smith’s legislation would “set women’s rights back by decades…As far too many women know, bruises and broken bones do not define rape—a lack of consent does.” EMILY’s List, issued its own petition, declaring war on the bill and one of its most prominent proponents: Speaker of the House John Boehner. Its website, BoehnersAmerica.org, urged “Boehner and his cronies to stop using rape victims as political pawns.” The group said, “it was known from the beginning that Boehner and his boys would fight to take away women’s freedoms whenever possible.”

Smith’s bill did unsettle some GOPers. Differentiating between types of rape, Politico reports, befuddled Republican aides. “Such a removal would be a good idea, since last I checked, rape by definition is non-consensual,” one GOP aide says.