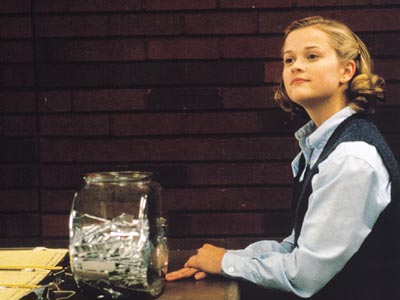 [For up-to-the-minute updates on the situation in Madison, Wisconsin, check out Mother Jones’ Explainer article.]

It’s well-known among Wisconsinites that their embattled, union-busting governor, Republican Scott Walker, never graduated from college. But in four years at Milwaukee’s Marquette University, he got plenty of campaigning practice—running for student body president and confessing (eventually) to multiple electioneering violations, according to the school’s paper. “For Walker, a questionable campaigning strategy is apparently nothing new,” the Marquette Tribune reported at the height of Walker’s contentious campaign for governor last October.

According to the Tribune, when Walker was a student from 1986 to 1990—a period in which he earned a GPA of 2.59 and left at least 36 credits shy of a degree—he spent much of his sophomore year running for president of the university’s student government—and amassing campaign violations left and right, reminiscent of Reese Witherspoon’s Tracy Flick character in the 1999 film Election:

Now, it’s easy to make too much of this. School elections are just that, and mature adults shouldn’t be judged solely by their adolescent character. But the Tribune‘s story took place in the midst of another Walker campaign in which dirty tactics abounded. And when the paper interviewed a Marquette campus supporter of Walker’s, Stephanie Marecki, her defense sounded anything but certain:

Marecki also said the most important thing to remember is Walker’s plans to solve economic problems in Wisconsin.

“I cannot say how this information will affect the public,” Marecki said. “I would just urge voters to pay attention to the issues at hand.”

Given the current backlash surrounding his economic plans for the state, Walker might just prefer that people start talking about his college years again. Marecki said something else on that subject: “Anything that happened, he undoubtedly learned a lot from it.” True, no doubt; but as Walker holds his ground against state workers, it remains to be seen just how he’ll apply the lessons that he took away from that bumpy campaign back at Marquette.