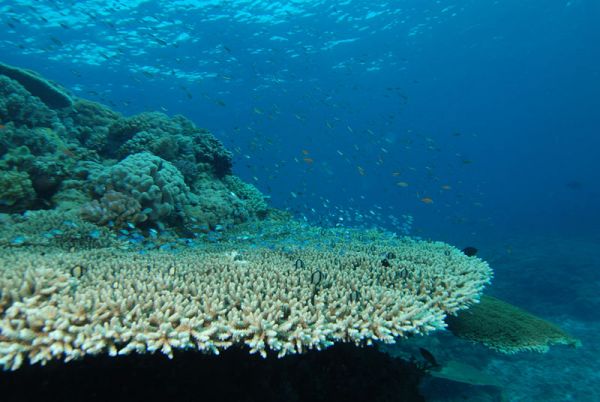 I had the good fortune to meet Greta Aeby last April at her lab on Hawaii’s Coconut Island—that tiny gem in Kaneohe Bay that was filmed for the show open of Gilligan’s Island—now home to the Hawaii Institute of Marine Biology. I was planning to write about Greta’s work on coral diseases for a new MoJo article. Then the Deepwater Horizon rearranged the known world and I never got to write that piece.

Now I see that Greta is lead author of a new paper in PLoS ONE, assessing the causes of tumorlike diseases afflicting corals in the Indian and Pacific Oceans. Coral cover in those waters has declined  by about 1 percent per year for the last 20 years, increasing to 2 percent between 1997 and 2003.

So what’s doing that? This paper outlines the first broad-scale assessment of how nine “predictors of interest” correlate with tumorlike diseases. The predictors fall into three broad categories: 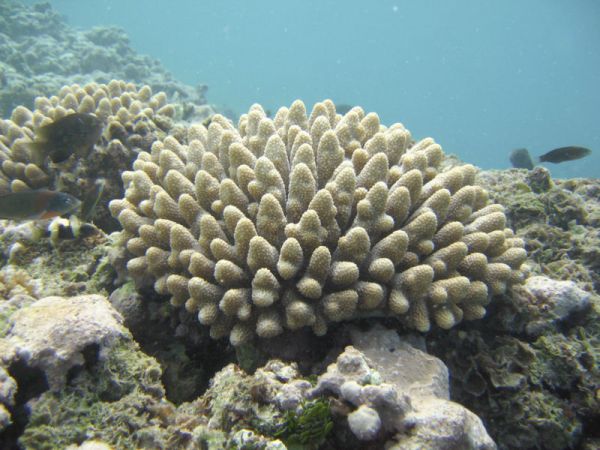 Statistical models were developed to examine the prevalence of two coral diseases—Acropora growth anomalies and Porites growth anomalies. These diseases manifest like tumors. They’re easy to identify in the field and not easily confused with anything else.

The team surveyed for growth anomaly diseases on 937 reefs from 13 regions across the Indo-Pacific between 2002 and 2008. They examined corals at the genus level. The results: 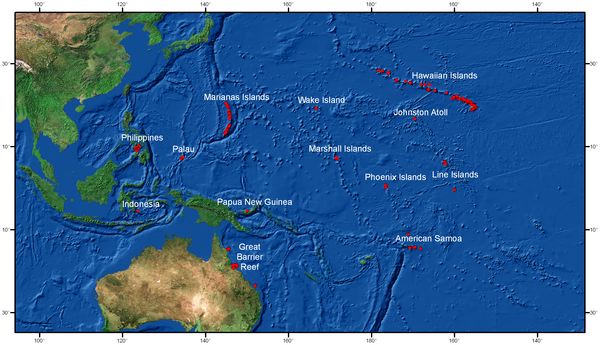 Which basically means that the growth anomaly diseases are likely communicable, and the the Porites version is also likely related in some fashion to an environmental co-factor or two: pollution, eutrophication, habitat fragmentation, and/or direct introduction of novel pathogens into the ecosystems.

Is there a similar correlation for human health, I wonder?

Meantime, the heavily populated coasts suffering the most Porites growth anomalies are also home to many of the 500 million people most immediately dependent on coral reefs. The authors note:

As human densities and environmental degradation increase globally, the prevalence of coral diseases like [Porites growth anomalies] could increase accordingly, halted only perhaps by declines in host density below thresholds required for disease establishment.